No Good People in Charlottesville 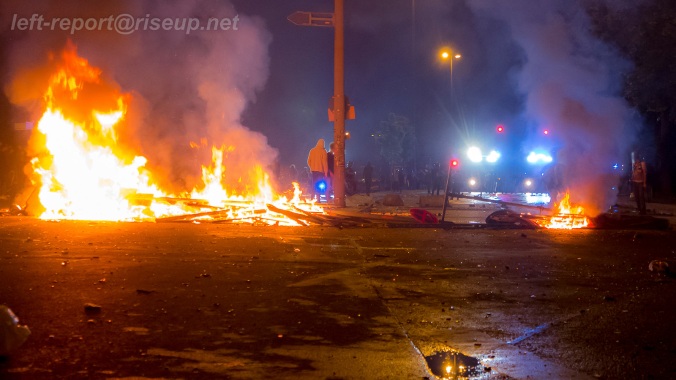 The talk that is seemingly going all around the world centers on President Trump’s remarks at an unscheduled press conference about the Charlottesville, Virginia rioting last weekend.

The remarks in full are not being questioned. Trump stated that there was blame to be attached to both sides of the rioting. That is correct. He also mentioned that the “white supremacists” were there legally, via a permit, while the Antifa/BlackLivesMatter counter-protesters were there illegally. That is also correct.

However, there was one other statement Trump made after this which has generated the greatest controversy. He stated that there were “good people” on both sides of this conflict.

Trump was not saying the KKK and Nazis are ‘good people’

The condemnation of this statement is coming primarily from the Left. Their objection can be summed up this way: “Trump said there were good people in the white supremacist groups in Charlottesville. He is saying there are ‘good’ KKK members and Nazis! Of course, that must mean Trump is the racist we all knew he was.”

The first item to note is that the leftist media is once again exercising the considerable powers of mind-reading they believe they possess. This has to be the case, or else how could they possibly know that Trump believes the KKK are ‘good people’? He didn’t say those words, and the words he did say don’t even hint at racism. How is that so? Because Trump extolled ‘good people’ who identified with BLM and Antifa also.

There are no ‘good people’ on either side

There is a problem with the president’s statement. Trump is wrong when he says there were ‘good people’ on both sides.

I believe that Trump meant there were people who were there without violent intention and who did not necessarily belong to any of the groups represented on either side. Perhaps they got caught up in the frenzy of the group they were standing with. He may or may not be correct about that.

The point screaming for recognition is the fact that anyone who was at Charlottesville and was a supporting member of Antifa or the KKK etc., is not a ‘good person.’  Those were the people who were on one side or another. I don’t see any ‘good people’ who are committed to any of these groups or their ideals. Do you?

The vitriol and violence of both sides

Yet, leftist vitriol and violence has been the dominant form of hateful action both during the tenure of former president Obama, and more so since Trump was elected. BLM became infamous after the Michael Brown “Hands up, don’t shoot,” affair. From there, the group initiated and supported the murder of law enforcement officers in places like Dallas, Texas and Tampa, Florida, just to name a few.

Antifa (ironically, short for ‘anti-fascist’) has become known for instigating rioting at U.C. Berkeley in order to shut down a conservative speaker last February. This so-called ‘protest’ was fraught with violent destruction, including the burning of buildings, and violence against other people. All of it was perpetrated by people from Antifa. They have continued to repeat this at other campus settings since then.

If this pattern of violence continues, something will have to be done about it. The National Guard being called in could become necessary, or even reserve soldiers could be used at the president’s behest. Speeches and rhetoric are protected by the First Amendment, even speech you and I might find reprehensible. However, violence cannot be tolerated at these protests, and violence is not protected speech. If nothing is done, then America will continue to flounder in the ensuing chaos and tyranny will arise to replace the republic.