“How Many Lights Do You See?” [part 2] Redefinition to Ruin via the Left 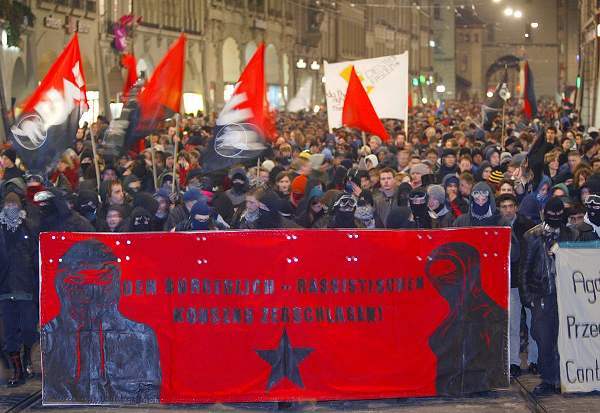 “Woe to those who call evil good and good evil, who put darkness for light and light for darkness, who put bitter for sweet and sweet for bitter!” [Isaiah 5:20 ESV]

In part one we examined the Left’s attempts to redefine reality in America. Their efforts have accelerated in recent months, especially triggered by the election of President Trump. The forces of the Left, led by BLM and Antifa, believe that now is their time to strike. That is the reason behind the violence they foment.

You Will Be Made to Care

It was a few years ago, just be for civil unions and you’re a reasonable Republican. Now it’s, ‘You better think that transgender camps for kids are okay or else you’re a bigot.’ And that’s happened in the span of five or six years!

Sexton is correct. He goes on to state that the speed of progressive transformation in the national culture has been “accelerating” in the past few years. Think about how the media and culture have changed in just the last 10 years. For one thing, transgenderism was an official mental illness in the DSM. It was known as Gender Identity Disorder at that time.

The protest atmosphere following the election of Trump has provided the spark needed by the Left to falsely  justify their violence. It has also birthed the most heinous of conversations and displays advocating violence on social media. Should this behavior continue without serious opposition, we will all “be made to care” by force. Even if it means we all have to deny reality.

The Success of the Left Now Will Mean Their Downfall Later

There are some factors which go unperceived by the Left that will come into play and eventually turn their self-righteous quest on its head. The first of these factors is the existence of reality itself.

The truth of existing in a world functioning according to natural laws is that one can only deny reality for so long. I can only walk at a wall until I run into it, whether I acknowledge the existence of the wall or not. As someone has wisely noted, “Facts don’t care about your feelings.” Sooner or later, if reality is denied long enough, it will turn back and bite you in the posterior.

For example, there is the claim by supporters of Antifa that they “seek peace through violence.” There is only one way peace comes through violence; being victorious in a war. With this declaration, Antifa and its Leftist supporters commit to violent action in society. It is a war they cannot win by force.

Moreover, even if the impossible happened and somehow the forces of Antifa and BLM gained power in this land, their days in power would not last. There is another factor which these Leftist extremists do not consider. That factor will spell their doom.

The Camel’s Nose Is in the Tent

The fatal factor is in the form of Islamic Supremacy. The complaints of BLM and Antifa that center on “White Supremacy,” plus the Left’s political alliance with Islam against Trump, have blinded them to this deadly fact.

Islamic Supremacy as a way of life already exists in America. Cities in states such as Minnesota and Michigan already have the influence of Muslims in city government. The practice of Sharia has been proposed in such places where Muslims reside together in communities within these cities.

The commitment of the Left to being anti-Trump, as well as their openness to immigration without limits, even from known terrorist countries, has increased the numbers of Islamic Supremacists on our soil already. If the government falls into the hands of Leftists such as Antifa, the borders would no longer be any obstacle to Muslim terrorists.

The Islamic Supremacist will not long tolerate being ruled by a Leftist culture that, to them, is vulgar at best. Let’s face it, in Islamic countries LGBTQ rights are dealt with by dispensing with those who claim them. Once Islamists believe their numbers and strength are sufficient, America will be under an assault that the Left is ill-equipped to survive.

Violence Is a False Path

Here is some advice to those in Antifa and BLM. Your course is ultimately self-destructive. If you really believe what you say you believe, stop contradicting yourselves with your actions. Make your case peacefully. It can be done in America. That’s what free speech is all about.

In a scene from the movie “Gandhi,” the character of Gandhi, played by Ben Kingsley, is discussing civil resistance with a group of young enthusiasts for Indian independence. One suggests that their resistance should be more forceful and violent in the wake of British violence against them. Gandhi answers:

Lasting cultural change will only succeed with moral means when peaceful civil disobedience is engaged. That will take a completely different leadership in the Leftist camp. Frankly, the Left doesn’t have the moral base to produce such a leader.

Featured and Top Image by Jcarax, Courtesy of Wikmedia – Creative Commons License: [image from an Antifa rally in Germany]