Perils and Prayer in the Persecuted Church [Video] 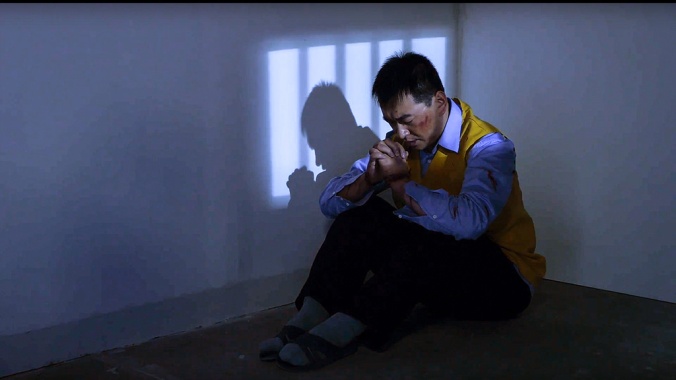 (God) delivered us from such a deadly peril, and he will deliver us. On him, we have set our hope that he will deliver us again. You also must help us by prayer, so that many will give thanks on our behalf for the blessing granted us through the prayers of many.
[2 Corinthians 1:10-11 ESV]

Last Sunday, November 5, 2017, was the first Sunday of the annual International Days of Prayer for the Persecuted Church. It was observed with prayer in worship services by thousands of congregations around the globe. On Sunday, November 12, the second and final IDOP will be observed.

It also was a day of tragic news about a mass shooting in Sutherland Springs, Texas at the First Baptist Church. A lone gunman entered the church building and left 26 dead.  Within minutes of the news, many responses attributed the fault to lax “gun control” laws.

While those responses are demonstrably false, I will not argue that point here. Whatever this man’s circumstances and motive, this attack should remind us that maniacal hatred toward Christians exists everywhere. It should also drive Christians to their knees in prayer for the people of Sutherland, and for persecuted believers around the globe.

A Reminder of Constant Peril

The International Days of Prayer for the Persecuted Church serve as a reminder of the constant peril of Christianity in nations around the earth. The persecution takes many forms, from intimidation and harassment to property seizure to imprisonment, torture, and death.

The peril is most acute in places dominated by a Muslim majority government, or a Communist regime. According to Open Doors USA, the top persecutor of Christians in 2017 was North Korea. The remaining countries in the top ten worst persecutors are all Muslim majority nations.

A Response of Committed Prayer

The two largest organizations that monitor, publicize and bring aid to persecuted Christians are Open Doors USA and the Voice of the Martyrs. Both are committed to providing prayer aids, resources, and Bibles to those suffering for Christ under persecution.

They are also committed to making the plight of Christianity worldwide visible to the world through the local churches. The primary weapon employed in this gargantuan effort is prayer.

There has lately been a social media backlash against those who have stated that they are praying for the victims of the church shooting in Texas. Those who have been calling for more gun control laws have also been disdainful of praying. They believe prayer is both useless and an excuse for doing nothing.

Yet, Christians should not be intimidated away from prayer in this case, or in any other situation like this. Why? There are a multitude of reasons and entire volumes have been written about the power of prayer. But the most important reasons for Christians are found in the Word of God. Jesus Himself commands,

But I say to you, Love your enemies and pray for those who persecute you [Matthew 5:44 ESV]

In addition, Paul exhorts believers to,

A Realization of Continued Persecution

Those of us who have been spared persecution against our faith often live our lives as Christians disengaged with the world. Prayer for the persecuted church serves to enlighten our minds to the reality of continued persecution today.

In fact, persecution against Christians has been present from the very beginning of the Christian Church and continues with renewed vigor today. One such story is related through the website iCommitToPray.com, a division of Voice of the Martyrs:

Zhafar Bhatti, who was arrested and charged with blasphemy in July 2012, remains in prison, where he has been beaten several times. Zhafar, a traveling salesman for various medications, often used his door-to-door presentations to also share the gospel. …Zhafar and his wife left their village to avoid a riot, and police arrested him on July 26, charging him under Pakistan’s blasphemy laws. Other prisoners have beaten Zhafar several times and tried to poison his food, and Muslim prisoners continually pressure him to embrace Islam.

Presently, there are many believers such as Bhatti who suffer in prison for their faith. This includes American pastor, Andrew Brunson. He has been in prison in Turkey for over a year. He is but one of a multitude whose most common request is prayers for them and their persecutors.

Prayer is the first line of defense and offense on behalf of persecuted Christians. It is the power of prayer that leads to miraculous efforts resulting in a greater spread of the gospel, and recognition and relief for those who suffer.

Here is a video segment illustrating the power and presence of prayer while under persecution. Though it occurred more than 50 years ago, it remains a wonderful example of how the persecuted followers of Christ are strengthened by prayer.