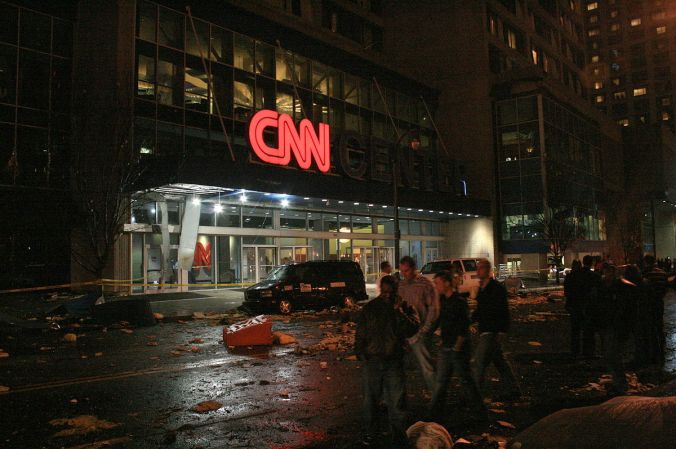 CNN has been fighting a declared war against President Trump since before he was inaugurated.  Since it is the end of the first year of this ‘war,’ it seemed appropriate to examine the conflict and give an assessment of which side is currently winning.

To determine what ‘winning’ means three areas common to both CNN and the president will be measured. The areas of reach, reputation, and results will be examined and analyzed as ‘battles’ in this war.

The Battle of ‘Reach’

Reach is the factor that would have been more difficult to evaluate if the president were not Donald Trump. For CNN, reach is quantified in one way by ratings. Thanks to the president’s fondness for social media, there is at least a way to measure his ‘reach’ as well.

CNN began 2017 in second place in the cable news ratings. FOX News was first and MSNBC trailed in third place. The ratings overall of 2017 show that,

FOX News remained in first place for 2017 and gained audience as well. In fact, all the networks made some overall gains simply because of the Trump coverage. Yet, CNN fell to third place behind MSNBC over the entire year for one key demographic. That includes the months when CNN was ahead of MSNBC in the ratings. This had never happened before 2017. 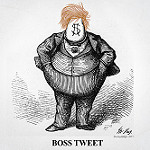 Yet I believe that more news stories have been generated by tweets from President Trump than from any other single source in 2017. It is certainly difficult, if not impossible, to know the numbers for certain across all news media.

It appears that the battle for ‘reach’ goes to President Trump over CNN.

The Battle of Reputation

You shall not bear false witness against your neighbor.  Exodus 20:16 [ESV]

Reputation cannot be assessed by a single factor. Approval ratings are only a part of the story. Integrity is another integral piece and integrity is largely judged by the answers to two questions. “Are you honest?”, and “Do you keep your promises?”

The question of honesty would seem to favor the news network in most cases simply because the general perception of politicians is that they are dishonest. However, CNN, in particular, has lost ground in that department in 2017.

In June of 2017, CNN was revealed as a network that has disdain for basic journalistic ethics which demand seeking and reporting the truth. After that revelation, CNN’s viewership numbers began to fall significantly.

By July 2017, CNN’s fake news frenzy had cost multiple producers their jobs for publicizing stories based on anonymous sources that got stories 100 percent wrong. CNN’s primetime viewers numbered less than one million per evening on every single show in July — and it’s only gone downhill since then!

President Trump is constantly portrayed as a deceitful person, with CNN leading the way in the media. Additionally, he is portrayed as a racist bigot, a Nazi sympathizer, a misogynist pig and a number of dictators.

These portrayals extend beyond the media, and at times it is difficult to determine whether or not the media or the Democrats are getting their talking points from each other.

How has the president weathered this storm? Here is where approval ratings come in. President Trump has had very low approval numbers and for most of the year, the ratings were in the 30s. However, at least according to one reputable poll, he has rebounded after the passage of the tax bill to finish at a 46% rating. This just happens to be the same as former President Obama’s rating after one year.

The final factor needed to determine the winner of this battle is the answer to the question, “Do you keep your promises?” CNN’s intention of being the “opposition” to the president has been and continues to be followed. However, that is not what CNN ‘promises’ to deliver to its viewers.

CNN promises to deliver honest and fair news reporting. It is apparent they have not kept that promise. President Trump made a number of promises and has kept a significant number of those in this first year alone. Ironically, even CNN had to call the president a “promise keeper” in a recent article.

Once again, as with reach, it would appear that President Trump is winning the battle for reputation against CNN.

The Battle of Results 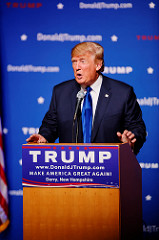 What have been the results of this war by CNN against President Trump in 2017? As far as CNN goes, the results are really focused on one objective. The objective of CNN is to get rid of the president, or at least to make him discredited and ineffective as a president.

CNN used a variety of attacks on President Trump during 2017. He was called a racist at every opportunity. He was accused of being mentally ill by CNN on more than one occasion. CNN questioned his competency and fitness for office. CNN has called him an impersonator of dictators and accused him of treason.

CNN has attacked the president’s family, questioned his physical and emotional health, and even charged him with being greedy with ice cream! But the most persistent tactic has been the charge of the Trump campaign ‘colluding’ with Russia during the 2016 election. The results of this primary attack have been sorely disappointing to CNN.

What are the results of the efforts of President Trump in 2017? Perhaps the longest lasting accomplishment will be his judicial appointments of one Supreme Court Justice, and 11 Appeals Court judges. In foreign policy, since the president began action militarily, ISIS has lost 98% of its territory in the Middle East. Additionally, he also did what previous presidents failed to do and rightly declared Jerusalem the capital of Israel and that we are moving our embassy there.

Economically, the stock market has been shattering records the entire year, the housing market is booming and we have had two consecutive quarters of more than 3% growth in GDP. That is something which never happened under President Obama. To top it off, the tax cuts just enacted have already spurred positive economic benefits before they have taken effect.

A final result worth noting is regulatory reform under President Trump. According to the Competitive Enterprise Institute:

As we continue to watch the president’s progress on his economic priorities, it’s interesting to compare Trump with previous presidents, namely Ronald Reagan. Under Reagan, both regulations and Federal Register pages (where agency rules and regulations are published) dropped more than one-third. So far, Trump has reduced the flow of regulation even more.

This is important to the economy because the cost of over-regulation amounts to about a $15,000.00 “hidden” tax on each American household. The more this cost is reduced, the bigger the reward to the American people.

As with the first two ‘battles’ in CNN’s war against President Trump, the victory in results goes to the president. At the beginning of this article, I noted that CNN ‘declared’ it was going to war against this president. In other words, CNN fired the first shots in the conflict. If 2017 is any indication, CNN should have picked another foe and should consider surrendering in 2018.