The Real Russian Infiltration into America 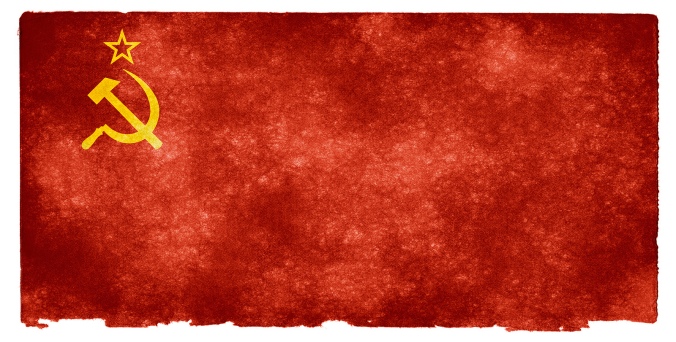 Rush Limbaugh made a very insightful and brilliant observation on his radio program of February 7, 2017, concerning the supposed Russian influence in the 2016 presidential election. While Rush is never short on brilliant observations, this was perhaps a gem even among diamonds.

Toward the end of the program Rush responds to a caller about the idea that if the Russians did influence the election, would they not have wanted Hillary rather than Trump elected. His response was not what the caller might have expected.

Instead, Rush immediately dismissed the idea that the Russians could actually affect the elections.

I don’t buy the premise. …The Russians didn’t do anything they haven’t been doing, or been trying to do as long as you or I have been alive. Folks, the Russians have had more success infiltrating our education system than they have our electoral system.

This is brilliant not only because it is an accurate and insightful observation. It is brilliant because it is realized by so few others today. Rush continued by noting that there are many tenured professors who were enamored of the old Soviet Union in the 1960s and 70s.

How Much Infiltration Has There Been?

According to the Higher Education Research Institute, leftists are becoming more prevalent among college professors. From 1990 to 2014, the percentage of professors who identified as liberal or leftist rose from 42% to over 60%. Additionally, left-leaning professors outnumbered conservatives 5 to 1 in universities.

However, those figures don’t reflect the actual impact of leftist educators in college.

Carson Holloway, an associate professor of political science at the University of Nebraska Omaha, said the imbalance is most notable in the humanities and social science fields, where the battle of ideas is most important.

The humanities and social sciences teach the crop of journalism and political science majors in our land. Many of the former desire to be the media elite of the future. Many of the latter move on to law school holding aspirations of political power.

Why is such infiltration by leftist professors important? Because Leftism is really  Communism, in thin clothing. It used to be Communism is sheep’s clothing. However, these days, there is little attempt at pretense.

How Did This Happen?

The infiltration of our education system by Leftism today is due in large part to the influence of the old Soviet Union in the 1960s and 70s. What we know as Russia in 2018 was once just a portion of the Union of Soviet Socialist Republics or U.S.S.R. It was then much larger and more powerful than Russia is today.

Perhaps the best way to illustrate the influence of the Soviets of that time is to tell a true story of a particular leftist/communist professor who until a few years ago taught at a major university. He is also an unapologetic domestic terrorist of the 1960s, heavily influenced by the philosophy of one of the founders of the Soviet Union, Vladimir Lenin. His name is Bill Ayers.

Bill Ayers and The Weather Underground 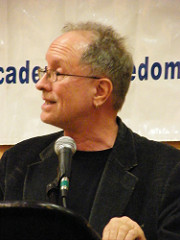 From 1992 until 2010, Bill Ayers was a professor in the Education Department of the University of Illinois at Chicago. His specialty was childhood education. During his time as a professor, he authored several books on the subject, including the 1998 book, Teaching for Social Justice: A Democracy and Education Reader.

Professor Ayers was also co-founder of one of the most violent leftist groups of the 1960s and 70s, known as The Weather Underground.

During his undergraduate studies at the University of Michigan, Ayers became involved with the Students for a Democratic Society(SDS) and the movement to end the war in Vietnam. He and several others founded the Weather Underground, believing the anti-war movement needed to use violence …to achieve its goals.

The Weather Underground Organization began as The Weatherman in 1969. Bill Ayers was one of several co-authors of their founding document You Don’t Need a Weatherman to Know Which Way the Wind Blows. The core principles of the organization include this statement:

The goal is the destruction of US imperialism and the achievement of a
classless world: world communism.

From Communist Terrorist to Professor

The Weatherman became the Weather Underground in 1971. Throughout their existence, they both advocated for and committed acts of violence aimed at the overthrow of the U.S. government.

Members of the Weather Underground sought to advance communism through violent revolution, and the group called on America’s youth to create a rearguard action against the U.S. government that would bring about its downfall.

The group at first openly advocated and gathered others to perform direct attacks on the police, and bombed a statue in their October 1969 “Days of Rage.” However, that effort proved to net nothing more than hundreds of arrests.

They then decided to engage in direct violent attacks rather than mass protests with low turnout. Ayers and his compatriots committed bombings of banks and police departments, a courthouse and a military base in 1970.

By 1970, they were in hiding and became The Weather Underground. Ayers himself writes of two bombings of federal targets in which he was involved in 1971 and 1972.

Ayers participated in the 1971 bombing of the Capitol building and the 1972 bombing of the Pentagon, according to his 2003 book Fugitive Days: A Memoir.

Ayers stayed underground for 10 years and hooked up with fellow Weatherman founder and terrorist Bernadine Dorhn during that time. In 1980 they came out of hiding and the charges against them were dismissed due to “improper surveillance.” That is, they were let off on a technicality.

Soon after, Ayers returned to college and eventually obtained a doctorate in curriculum and teaching. He came onto the faculty at the University of Illinois at Chicago in 1992. Until he retired, he was a teacher of teachers who teach our children today.

From Professor to POTUS Confidante

Ayers came under renewed scrutiny in 2008 as a friend of presidential candidate Barack Hussein Obama. How close a friend Ayers was is disputed. What is not disputed is that the two have known each other for decades and that Ayers once claimed to have written Obama’s book Dreams from My Father.

That new-found fame also allowed us to see if Ayers views have changed. Perhaps the years have mellowed him. Here is some of what he has said more recently. Judge for yourself.

In a 2001 interview with the New York Times, Ayers said, “I don’t regret setting bombs. I feel we didn’t do enough.” Accompanying the article was a photograph of him stepping on an American flag.

He published a memoir in 2003 in which he wrote,

Everything was absolutely ideal on the day I bombed the Pentagon. The sky was blue. The birds were singing. And the bastards were finally going to get what was coming to them.

Bill Ayers, …told debate opponent Dinesh D’Souza and an audience at Dartmouth College that the Constitution is an outmoded document and it ought to be changed.

Ayers is still advocating his communist philosophy today. I would argue that ‘Russian infiltration’ through the actions and associations of Ayers alone has been far more influential than any supposed interference in our electoral process.

And there are a lot more like him still occupying similar positions in universities across the nation. In fact, until 2013 Ayers wife, the aforementioned Bernadine Dorhn was a Law Professor at Northwestern University.

Be sober-minded; be watchful. Your adversary the devil prowls around like a roaring lion, seeking someone to devour. 1 Peter 5:8 [ESV]

Of course, this means that once again the man “behind the golden EIB microphone” is confirmed both brilliant and right. Not that Rush needed my validation.

More importantly, we must bring more attention to getting public education out of federal hands and back to local control and educational choice. That emphasis bathed in prayer for God’s enabling hand is the only way to counter the real Russian infiltration into America.

All other sources linked in article