The Tragedy, Torture and Triumph of Holy Week 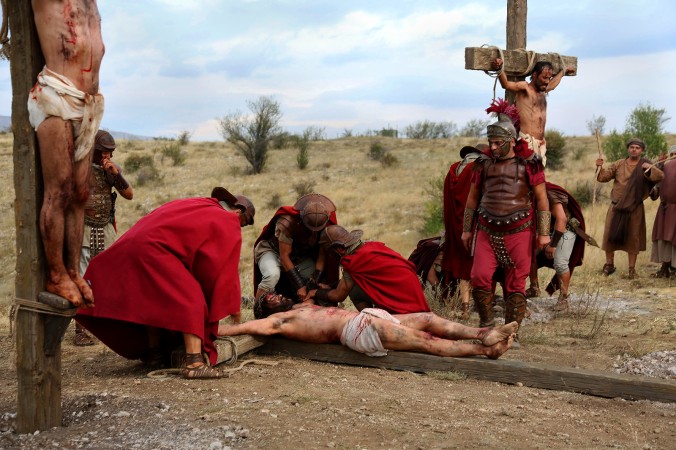 The 2018 Holy Week observance is rushing toward its conclusion. As believers in Jesus Christ reflect upon the events of that historical week so long ago we should assess anew the tragedy, torture, and triumph of Holy Week.

The Tragedy Is All Human

The tragedy which culminates with the cruelty of the crucifixion of Christ is a human tragedy. It begins in Eden with sin, which propels the very reason for the Cross.

During the events of those days from Jesus’ entry into Jerusalem to His unjust execution, the tragedy of sin is evident. Most of those who praised the LORD on Sunday condemned Him on Friday. It reaches even to the disciples of Jesus from His betrayer to His denier.

Of course, the answer to all of these is no. Which means it is evident that something is wrong with humanity. Jesus called it our sin and it was the cause of His suffering.

For even the Son of Man came not to be served but to serve, and to give his life as a ransom for many. Mark 10:45 [ESV]

The Triumph Is All Divine 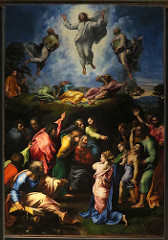 The triumph of Holy Week is all a product of the divine plan and work of God. That plan to free human beings from sin in order to enjoy and grow in a personal relationship with Jesus was partly revealed in the third chapter of Genesis. In response to Satan operating in the form of a serpent, God says:

The ‘descendant’ of the woman who would crush the devil’s head was Jesus the Christ. The bruising that Satan delivers is the suffering of Thursday and Friday of that first Holy Week long ago.

Yet in that suffering, the divine Son of the living God was supremely triumphant. His triumph begins on Thursday evening after He calls his disciples to the last Passover supper with Him. Jesus retreats with three of His disciples to the garden of Gethsemane and asks them to wait while He prays. The suffering and triumph of Christ began there and is reflected in His prayer.

And going a little farther he fell on his face and prayed, saying, “My Father, if it be possible, let this cup pass from me; nevertheless, not as I will, but as you will.” Matthew 26:39 [ESV]

The Torture of the Cross

The “cup” that Jesus asks His Father to let “pass from me,” is the torture of being beaten till He was unrecognizable and nailed to a Roman cross. A good medical description of the beating is given by Dr. Douglas Jacoby.

The whip used – the flagellum – was designed to make this a devastating punishment, bringing the victim close to death: several short heavy leather thongs, with two small balls of lead or iron attached near the end of each. Pieces of sheep’s bone were sometimes included. …the heavy leather thongs produce first superficial cuts, then deeper damage to underlying tissues. …The small metal balls first produce large, deep bruises which are broken open by further blows. The fragments of sheep’s bone rip the flesh as the whip is drawn back. When the beating is finished, the skin of the back is in ribbons, and the entire area torn and bleeding. 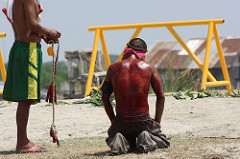 Keep in mind that this beating was merely a preliminary for crucifixion. This was unusual to do beforehand because such beatings could cause the victim to die before he had even been crucified.

The physical torture continued after the terrible beating by having Jesus carry His cross toward the hill of Golgotha. In fact, Jesus was given the crossbeam to carry which itself was very heavy, between 75 and 125 pounds. The upright beam would already be in place at the top of the hill. Jesus was far too physically spent to carry the beam.

And as they led him away, they seized one Simon of Cyrene, who was coming in from the country, and laid on him the cross, to carry it behind Jesus.  Luke 23:26 [ESV]

Once at the location, the Roman soldiers drove iron spikes, between 6 and 9 inches long, into Jesus’ wrists and into His feet. The pain would be unimaginable as the spikes were nailed blow upon blow into those very sensitive areas.

When the cross was raised to its full height, all of Jesus weight was hanging from the hands and feet. The blood loss He had already experienced made Him so weak that He would slump down and the tearing pain in His hands and feet would be almost unbearable.

Moreover, the physical suffering paled next to the spiritual pain Jesus felt by bearing the burden for all the sin of humankind. It is impossible for us to fully understand that taking on our sin caused spiritual anguish at the deepest level for Him.

The Triumph of the Cross

It is easy to ask after considering the torture of the Cross of Christ, “Where is the triumph in this?” The triumph is found in the demonstration of Jesus’ love for all by bearing the punishment for all. Paul writes of this in Romans.

but God shows his love for us in that while we were still sinners, Christ died for us.  Romans 5:8 [ESV]

This and many other passages point out this reality. The Christian faith is the only faith on earth where the Supreme Being who is worshipped also suffered and died on behalf of His own creation.

His expression of divine love through the sacrifice of His life was to bear the punishment we mortal sinners deserve. Bearing that punishment opened to way for God’s grace to be offered to us. That is the greatest triumph of the Cross of Christ.

Grace is God giving us a pardon that we don’t deserve. That very grace was expressed from the lips of the Savior while slowly dying suspended between earth and heaven when Jesus pleaded with His Father to forgive His murderers.

Grace is offered to all. Some accept God’s offer by trusting in Jesus to save and guide them. Sadly, many do not. Grace exempts the believer from the just penalty for sin, an eternity separated from God in torment.

Grace is God reaching for us inside our tainted souls and inviting us to live with Him forever free of sin. I pray that all will accept His invitation of love during this 2018 commemoration of Holy Week.

This coming Sunday, April 1, 2018, will be the celebration of Resurrection Day, aka Easter. More to come about the Risen Christ in the next article. Blessings to you today and every day.