There has been a multitude of comments on conservative media for awhile accusing the Left of having “Trump Derangement Syndrome.” When this was first brought forth it was meant in a somewhat humorous manner.

Conservative commentators used the term to mock leftist politicians and media types. However, the behavior of said leftists in recent months the idea of TDS possibly being a real condition is being seriously considered. Perhaps the time has come to ask, “Is Trump Derangement Syndrome real?”

Is TDS a Syndrome?

The first item to be established is whether or not TDS qualifies as a syndrome. According to Merriam-Webster’s online dictionary, a syndrome is defined as:

The next step is to examine leftist behavior since the 2016 election to determine if it indicates a harmful pattern of abnormal behavior or not. The best place to find the answer is within the screeds of the leftist mainstream media.

The MSM Has Demonstrated Abnormal Behavior Toward Trump 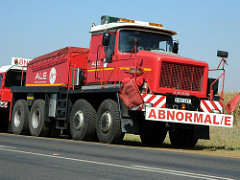 It is no secret that the overwhelming majority of news media in America is biased toward the Left. That is to be expected given the ridiculous percentage of media employees and their bosses who are lifelong Democrats.

Through the years, media studies have shown this bias reflected in the stories the MSM covers and highlights. There is a consistent bias against Republican administrations. Showing bias is not ‘abnormal’ for the leftist media.

However, since the election of Donald Trump, this particular trait has been expanded beyond the borders of normalcy. Overall, according to a Harvard University study, the media reported negatively on the Trump administration 80 percent of the time.

Compare this with the coverage of other Republican administrations. George W. Bush received a lot of negative coverage to be sure. However, his coverage was just 60 percent negative.

Are Those With TDS Deranged?

Next, it must be determined if TDS is correct in using the term ‘derangement,’ to characterize leftist thinking concerning President Trump.

Although TDS could possibly match all those definitions, the one that most applies is the second one. Those suffering from TDS seem to consistently exhibit ‘disturbed’ and ‘disordered’ traits ‘in function.’

The statements of various influential persons in politics and the media are the best source for determining whether legitimate derangement is shown. Here are a couple of recent examples.

Senator Chuck Schumer made this statement concerning the release of American prisoners from North Korea on May 7, 2018.

This characterization is a disturbing take on what should be a celebratory event. These prisoners were returned without asking for any concessions on the part of the United States. Thus, they cannot be seen as ‘bargaining chips,’ since there was no offer to bargain for them.

The best political example of how deranged TDS can be is from Representative Maxine Waters. One could choose from a plethora of outlandish statements this California congresswoman has made about the president, including her constant parade of demands to impeach Donald Trump.

A recent piece by Larry Elder illustrates this brilliantly. The title is “Maxine Waters claims she never called for Donald Trump’s impeachment – really?” Elder simply posts a 3 minute and 17 second audio of Waters where she speaks of impeaching Trump more than 10 times. Yet she claims she has not called for impeachment.

Derangement in the Media

The news media is supposed to exist to inform the public in as non-biased a manner as possible. However, especially when it comes to President Trump, the mainstream media exhibits the disturbing disordered priorities of a deranged mind.

One of the earliest forays into TDS comes from CNN’s Chris Cuomo. Shortly after the 2016 election, Cuomo stated the following:

Cuomo vowed to oppose Trump’s policies, and stated he feels it is the job of the media as a whole to treat the next president of the United States with hostility. Per Cuomo, “The media cannot yield. This administration is going to demand constant fact-checking and opposition.

It is not normal journalistic policy to actively oppose any administration. Facts must be checked and reported as part of standard journalistic ethics. However, active opposition to a duly-elected president is a very disturbing and dangerous posture to assume here.

The deranged posture of the Left is also shown in the characterizations and hostile epithets hurled at President Trump particularly in the media. He has been routinely called a ‘Nazi,’ and a ‘fascist’ by leftist commentators. That is almost expected in recent times, as President George W. Bush was also labeled the same way.

This president has been insulted in the vilest of ways by leading figures in both government and media. Moreover, his nastiest critics contradict themselves with their own name-calling and fear-mongering.

For example, multiple mainstream outlets have claimed Trump is an idiot, and recently even claimed falsely that someone else in the administration says Trump is an idiot. Yet at the same time, they also claim that somehow this dunce has managed to hide so-called ‘Russian collusion’ from the most sophisticated and advanced investigative agency on the planet for over a year.

The Folly of TDS Is Alive and Active in 2018

Dead flies make the perfumer’s ointment give off a stench; so a little folly outweighs wisdom and honor.  Ecclesiastes 10:1 [ESV]

TDS began on election night 2016 when everyone in the media believed Hillary Clinton would win. Those suffering from TDS have continued to believe that Hillary should have won ever since. That is what keeps TDS alive.

What keeps TDS active is the deluded dedication of the mainstream media and its political allies to taking down Trump. It is deluded because both the Democratic party and leftist media have been losing vital support since they have taken the route of always negatively criticizing Trump and anyone else associated with him.

Essentially, the leftist media-political complex is committing a form of slow suicide with such behavior. Or, they would be if they weren’t also backed by deep pockets who wish to bend reality to a different will. More about that in part two, Is Trump Derangement Syndrome Dangerous?

All other sources linked or cited in the text.