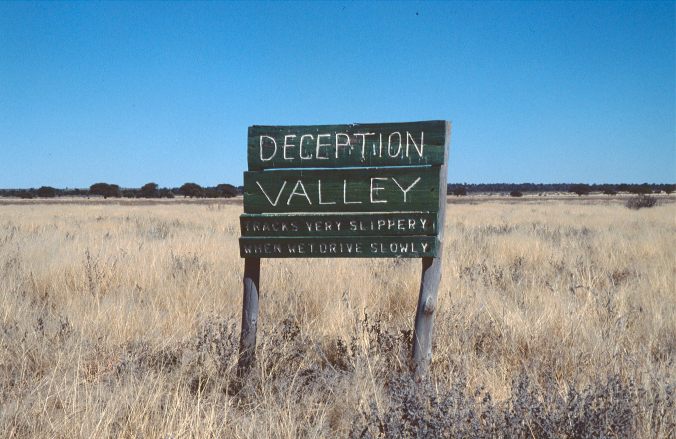 These past two weeks have witnessed an explosion of leftist caterwauling concerning the so-called ‘Trump’ policy mandating the separation of children from their parents after illegal border crossings. Enforcement of the law has been characterized as akin to Nazis incarcerating families in concentration camps.

This entire narrative as woven by the leftists in media and politics is an intentional deception. The demagoguery here is off the charts. However, what is far more disturbing is that the largest Evangelical organization in the United States, the National Association of Evangelicals, has swallowed the lies hook, line, and sinker.

Deception on the Left

The deception on the Left is evident to any who dare venture out of the leftist echo chamber. In fact, the abundance of evidence for leftist deception is almost an embarrassment. These are a few outstanding examples.

Number One: The Left’s hysterical claims that this is a ‘Trump policy’ while ignoring or justifying the similar treatment of illegal family groups during the Obama Administration.

Number Two: The deception concerning asylum seekers is being propagated by both the media and politicians on the Democratic Left.

This was put forth succinctly by Ben Shapiro:

Immigrants Seeking Asylum Are Being Punished For Seeking Asylum. This is plainly untrue as well. Immigrants who come to points of entry to seek asylum aren’t actually illegally in the country – they’re not arrested. They’re processed through ICE, and their children stay with them. If, however, illegal immigrants cross the border illegally, the Trump administration now treats them as criminals.

The Deception of the Photos

Early photos of the children in these facilities posted on social media attributed them to Trump’s actions. This was rapidly found to be false, as the photos were from 2014, during Obama’s second term. There are genuine photos of children detained under Trump’s watch. However, many of those facilities appear in far better condition than the ones during Obama’s regime.

This was not simply a mistake. The photos were deliberately posted and the reaction was anticipated by those with leftist sympathies on social media. They knew that it would be shared thousands of times before the truth came out.

The media upped the emotive fuel with video and audio of traumatized children and news ‘anchors’ reactions. Rachel Maddow’s infamous choking up and crying episode is a fine example. This also generated another disturbing commentary from MSNBC’s Joe Scarborough as recounted on the June 20, 2018 “Buck Sexton Show” 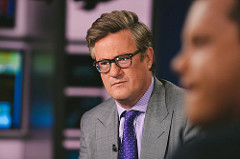 Commenting on photos presented earlier on the program, he said,

Children are being marched away to showers, …being told they are just like the Nazis…

What the former ‘Republican’ representative was referring to here truly fits the over-used word, outrageous. He is stating that this is akin to marching Jewish families through phony showers to instead be gassed to death!

There is no hyperbole like Nazi hyperbole and the Marxists among us seem the quickest to invoke that particular non-argument.

The Despicable Deceit of TIME Magazine

Perhaps the worst breach of trust has been shamelessly committed by the latest issue of TIME magazine. The cover features a photo of a crying Honduran girl of 4 or 5 opposite a photo of President Trump looking down at the child. The title on the cover reads, “Welcome to America.”

Some excellent commentary concerning this was rendered by columnist Thomas Gallatin,

The clear message being sent by the leftist magazine is that this poor little girl is alone, separated from her parents because of Trump’s zero-tolerance illegal immigration policy.

There is something critically wrong with this portrayal. As related later by Gallatin:

there is one massive problem with Time’s cover — that little Honduran girl was never separated from her mother. In fact, after leaving the rest of her family, her mother had paid a human trafficker $6,000 to smuggle them across the U.S. border, where they were subsequently arrested by Border Patrol agents

The mother claimed they were seeking asylum in the United States. However, they did not show up at a port of entry which is the legal place to claim asylum. There are 29 of those along the Texas border alone. The mother didn’t try to enter and claim asylum legally because she had been caught trying to cross illegally in the past.

Back in 2013, she was arrested and deported for illegally crossing the border. It would appear that this illegal alien had no grounds for claiming asylum, thus her decision to break U.S. law.

Any vestige of truth and ethics has been expunged from TIME magazine in concert with the leftist hysterical media. They don’t care about the truth or the children. It is just a ‘get Trump at all costs’ crusade combined with a socialist delusion seeking propagation through the votes of illegal aliens.

A Disturbing Response from the NAE

The TIME deception details are relevant in light of the responses of the NAE, particularly concerning asylum seekers. The leadership objected to asylum requirements not being open to things such as domestic abuse.

The mother in the TIME deception case was seeking asylum to pursue “a better future” for her family. Sorry, neither economic improvement or domestic abuse are grounds to grant asylum.

The NAE drafted a letter to President Trump concerning the policy of separation at the border. The letter denounced the practice of separating parents from children at the border when they try to gain illegal entry.

It pleaded with the administration to end the “zero tolerance” policy of enforcing immigration law. Moreover, the letter urges both the reversal of “zero tolerance,” and the selective enforcement of the law through ‘discretion’ by the Border Patrol.

However, the central premise of this letter is summarized in the following quote from it:

The traumatic effects of this separation on these young children, which could be devastating and long-lasting, are of utmost concern.

The NEA Is Being Misdirected 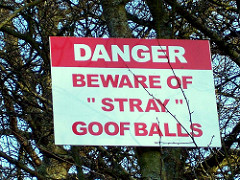 This statement of “utmost concern,” is misdirected at best. The most significant proof of such is this fact which is almost completely ignored by the leftist media and political machine. Attorney General Jeff Sessions said the following on June 19th.

Separations are temporary and rare. The vast majority of children in custody came to this country by themselves.

If the concern is the welfare of the children illegally at the border, the NAE should be the most concerned about those who arrive by themselves. Yet they are not.

Where is the condemnation of those parents who would send young children through very dangerous territory to arrive in a strange land by themselves? Here is an excerpt from an interview of a Border Patrol agent by CNN illustrating this:

When you see a 12-year-old girl [whose] parents have put her on birth control because they know that getting violated is part of the journey, that’s just a terrible way to live.

The NAE should understand that this is what faces most of these children under lax border enforcement, as the agent quoted above emphasized throughout his interview, much to CNN’s dismay.

In the second part of this piece, the NAE stance on illegal immigration and families will be compared to other faith groups and to the biblical teaching on the subject.

Woe to those who drag iniquity with the cords of falsehood, and sin as if with cart ropes. Isaiah 5:18 [NASB]