The Vacuous, Vicious, Vitriol of the Left, Part 1: The Leftmedia [Video] 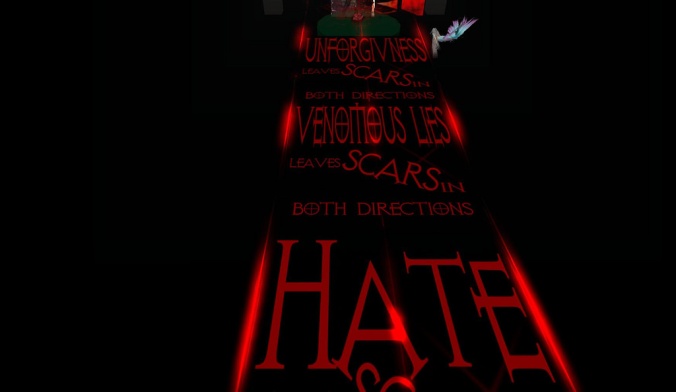 Since the election of Donald Trump, a free-flow of unhindered vitriol has continued to spew from the Left. The lion’s share of contemptable critique originates with the Leftmedia pundits who pose as journalists.

There are hundreds, if not thousands, of examples of Leftmedia vitriol. According to the Cambridge English Dictionary, vitriol is defined as:

The majority of the “news” media in America lean strongly to the Left. Additionally, these same people despise President Trump.

Their hateful expressions have two qualities. They are vacuous and vicious charges activated by mental and moral derangement. CNN and NBC are the leading examples of such media vitriol.

However, they are by no means to only offenders. All three major networks, ABC, CBS, and, as noted, NBC are large contributors to the despicable trend. In the cable realm, MSNBC hardily pushes extreme leftist narratives as well.

The newspaper realm is represented by Leftmedia standouts the New York Times and the Washington Post. Joining these are others such as Reuters and even the Associated Press. These and a large contingent of other Leftmedia all contribute to the damaging vitriolic atmosphere of our politics.

The Vitriol Is Vacuous

Much of what is claimed by media critics of Trump is simply vacuous, or empty, of truth or even sense. For example, the negative bias of both NBC and CNN against the president reflect both intent and falsehood.

In a Harvard media study, both entities covered Trump negatively 93% of the time during his first 100 days in office. Those 90% negative coverage rates continued through the first quarter of 2018 according to the Media Research Center.

In fact, the overall media coverage of Trump’s first 100 days was 80% negative. It is simply false to believe that all of that coverage was fair or true.

It is also false to claim that other presidents have had the same levels of negative coverage.

Examples abound of coverage that has been empty, or vacuous, of truth and sense. One of the early ones was that the president had removed the bust of Martin Luther King Jr, from the Oval Office. It was a ludicrous report that was refuted easily and quickly with photos of the bust still in place.

The Vitriol Is Vicious

The abhorrent hate directed toward the president is also vicious. It is intentionally designed to cause harm despite being empty of factual content. In other words, the media does not have to be accurate or truthful as long as it harms Trump.

I have written previously about the intent of CNN, in particular, to serve as the enemy of the president. The intent is so myopic that the network will tolerate actual harm to themselves if Trump can be degraded as a result.

The natural question to ask is, ‘Why such viciousness toward Trump?’ Many conservatives, including me, have given the short answer; because he beat Hillary.

However, there is another, deeper reason the Leftmedia exhibits such behavior. A reason that drives the development of Trump Derangement Syndrome.

They fear President Donald Trump because he has gotten them to reveal their true face to America and the world. And they fear this revelation because it means the beginning of the end for their hateful species.

The Vitriol Is Now the Face of the Leftmedia

The Leftmedia’s vitriolic presentation has displayed an extreme amount of animus toward the president and anything that has to do with his administration. The most recent displays have surrounded three specific actions from this administration.

The first action was the enforcement of the immigration law at the southern border. A fine sample of vitriol on this came from,

MSNBC’s Joe Scarborough as recounted on the June 20, 2018 “Buck Sexton Show” Commenting on photos presented earlier on the program, he said, Children are being marched away to showers, …being told they are just like the Nazis…

The second action was the president’s appointment of Brett Kavanaugh to the Supreme Court. Even the supposed neutral ‘journalists’ on NPR engaged in vitriolic hyperbole after Trump’s nomination.

Instead, reporters like NPR’s Nina Totenberg – who not only smeared Clarence Thomas with unsubstantiated sex-harassment bilge, but these days openly allies herself in public appearances with Justice Ginsburg – are warning about Anthony Kennedy’s retirement being the “end of the world as we know it,”…

The third action was the Helsinki Summit between President Trump and President Putin of Russia. A typical Leftmedia response was to call a news conference an act of treason against America.

The media today includes far more than news networks and newspapers. It encapsulates both TV entertainment and the social media realm. Those arenas are where the vitriol becomes exceptionally personal.

There are abundant manifestations of this, but one of the best came back in May of 2018 through CNN’s April Ryan.

CNN political analyst April Ryan shared an article on her Twitter account on Sunday that floated the idea that President Donald Trump could be running a child sex trafficking ring.

This ridiculous assertion spread on Twitter has absolutely no hint of evidence. However, that is no impediment to Leftmedia attacks today. As noted previously, as long as it could hurt Trump, they charge right ahead.

Another prominent illustration was the depiction of a beheaded model of the president’s head by so-called comedian, Kathy Griffin. She was scorched for that stunt and quickly apologized. Yet, a later burst of outrage has sparked Griffin to retract the apology and renew her attacks.

The Influence of Leftmedia Hate Is Dangerous

The most concerning result of the Leftmedia vitriol toward Trump is its influence on the individual. There are many examples ranging from specific death threats to Trump supporters to the attempted murder of congressional Republicans in 2017.

If the Leftmedia’s words were without adverse effect, there would be little danger to be concerned about. However, the facts reveal much that is disconcerting. Perhaps the most disturbing is the Twitter post by Peter Fonda that Barron Trump should be ripped from Melania’s arms and locked in a cage with pedophiles!

Actor Peter Fonda delivered a profane Twitter rant against President Trump’s immigration policies Wednesday morning, saying the president’s 12-year-old son Barron should be taken from his mother and placed in a “cage with pedophiles.”

The Leftmedia seem entirely unconcerned about their influence toward hate and violence. Yet they not only obviously spread hate through vitriol, they make public calls for people to engage in virulent hate as well.

There is one more factor in this dangerous drama which will be examined in part two. That is the factor of the vitriol within the political realm, which carries a multitude of dangers itself.

Let not those rejoice over me who are wrongfully my foes, and let not those wink the eye who hate me without cause. For they do not speak peace, but against those who are quiet in the land they devise words of deceit.  Psalm 35:19,20 [ESV]