Rewritten History Is the Precursor to Tyranny [Video]

There is a multitude of hot news items blazing across various media outlets at the present time. Everything from the Kavanaugh Flying Senate Circus to the Mueller/Cohen/Trump “news” is being blanketed by ‘objective’ coverage and slanted commentary.

However two bits of news were more disturbing to me than any of the rest. One dealt with a purposeful historical error by omission. Ironically, it has already begun to fade from modern society’s severely short-term memory.

The second was the revealing of the new Nike campaign starring newly-born Communist/Muslim ex-quarterback Colin Kaepernick. I will explain in a bit how these two stories are linked.

History Rewritten Before Our Eyes

I refer to the recent Canadian biopic on the life of the late astronaut Neil Armstrong, the man who first walked on the Moon. The appearance of the American flag planted on the Moon was purposely omitted from the movie.

The new movie “First Man,” a biopic about the Apollo 11 astronaut Neil Armstrong, omits the planting of the American flag during his historic walk on the surface of the moon. Ryan Gosling, who plays Armstrong in the film, tried to explain the strange editing of his moonwalk: “This was widely regarded in the end as a human achievement. I don’t think that Neil viewed himself as an American hero.”

When I learned of this, I felt personally offended by that fiction. It was a part of my own, and millions of other’s personal recollection, our personal history and it was being dismissed to make a false point.

The omission of the American flag is supposed to highlight that landing on the moon was a human achievement. That is was. But here is the false point.

The moon landing was not achieved by humans from France, or China, or England, or the then USSR. It was achieved by Americans because America dared to do it.

Dared enough to do more than sacrifice time and money and effort. It happened because Americans risked their lives voluntarily to get an American crew to the moon and back again.

In fact, the crew of Apollo 1 died daring to take the steps necessary to accomplish the task. Omitting the planting of the American flag dismisses that daring and sacrifice.

Worse, it denies where the credit rightly goes; to the thousands of Americans who made it directly possible. And it robs both the nation and the world of the truth that what seems impossible can be done by a people who are free and determined.

This Happened Before and Happens Today 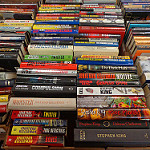 The record of historical fiction is always mixed between actual record and sensational, though inaccurate, storytelling. There is nothing askew about that morally or otherwise.

However, there are certain ethical ‘rules’ about employing that formula. One of the most important is that the significant facts of any historical reckoning either remain intact or are clearly shown and known as fictional.

The producers of the film, “The First Man,” have the right to make whatever film they want. But when they deliberately fictionalize a recorded historical event to cater to a globalist mentality, they abuse the right of others to understand real history.

In other words, just making it up isn’t good unless it is clear it was just made up! There are many ways such clarification is accomplished. An announcement at the start of a film that this is a work based on a true story is one.

However, that announcement is often used as an excuse to simply present alternate accounts of actions and speech while giving the impression they are true. The conspiracy theorist thrives on this tactic, whether in print, on film, or on social media today.

Nike utilized social media in particular, and any other platform of media it could to promote a new advertising campaign. The ad was celebrating its 30th year since the very successful ‘Just Do It!’ slogan was introduced.

Unfortunately for Nike, they decided to use the man who began the now infamous kneeling for the National Anthem controversy in the NFL. Even worse was the advertisement itself.

The slogan for the campaign reads,

Believe in something, even if it means sacrificing everything.

These words appear around a close-up of Kaepernick looking stone-faced into the camera.

The ad immediately garnered the rightful scorn of law enforcement, military personnel and veterans alike. Images of Arlington Cemetery and flag-draped coffins populated memes all over social media to illustrate what true sacrifice is.

Economically, Nike ‘sacrificed’ about 4 billion dollars in value after the first day of the ad. All for the sake of a threefold phony rewrite of history by themselves and Mr. Kaepernick.

The first rewrite of history has already been mentioned. It is a false notion that this self-aggrandizing multi-millionaire has really sacrificed anything at all.

He certainly hasn’t sacrificed much financially. He is being handsomely paid by Nike and has been since 2011, and he had already made almost 40 million dollars during his playing career. Whatever ‘career’ damage he has suffered via the NFL has been self-induced.

The second fictional rewrite is the giving of credence to a phony cause. A cause epitomized by Black Lives Matter radicals.

It is also embraced by Nike and Kaepernick, and based on race-baiting lies. The lies of the phony narrative of ‘hands up, don’t shoot,’ blown up to a national stage.

The third historical fiction is the notion that Nike or Kaepernick truly care about the poor and minorities and racial injustice. For example, the hideous conditions of the Nike factories overseas and the inner city of America for minorities remain unaddressed by either protagonist.

If history can be willfully and successfully rewritten, it will serve only to further the complete loss of liberty in America. That’s because it will only serve to advance and secure the Socialist agenda of the Left.

Actual history testifies that rewriting history is necessary for any form of Socialism to hold sway. From the Goebbels’s propaganda of National Socialism to Pravda of Soviet Socialism, recent and ancient history was rewritten to favor their agenda.

That utopian Socialist adolescence was embraced by leftist radicals in the 1960s and 70s especially on campus. Unfortunately, many of those same radicals became professors at state universities throughout the United States.

Such professors became the teachers of the teachers for the next generation. The results of five decades of leftist influence in education are the current crop of brain-dead “social justice warriors” willing to protest anything not endorsing their fantasies.

Therein lies the danger of the siren song from the Left. The appeal of Socialism is the adolescent and emotional appeal of the Left. Adolescents acting on emotion cause direct harm both in public protests and in public service.

That is quite an audacious claim, especially since it is a false one. Stephen Hale writing for “Steadfast and Loyal,” did some fact-checking which reveals the deception.

Here are four false points Obama made alongside the historical facts:

1.) The [economic] crisis returned the economy to healthy growth.
Truth: Obama was the first president in history to not have a single year of 3.0% GDP growth.
2.) We covered another 20 million Americans with health insurance.
Truth: Obamacare covered 21 million but 28 million Americans remained uninsured. It was a failed government boondoggle that ruined US health industry.
3.) We cut our deficits by half.
Truth: The last Bush deficit was over $400 billion. Obama increased the deficit by a trillion dollars. It was at $600 billion when he left office.
4.) Job numbers are the same.
Truth: Manufacturing jobs are up by 400,000 under President Trump. Obama lost 303,000 manufacturing jobs as president.

The danger posed here is not simply the falsehoods by the former president. The biggest danger is also not that many a present and nascent ‘social justice warrior’ will take these lies as gospel truth and act on them. 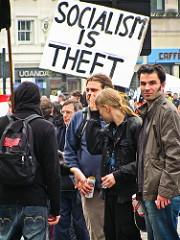 The greatest peril is that those leftists embedded in or aiming for government service will gain more power and influence. These naive young people being pulled by the nose toward full Socialism in America will go to great effort to make that peril a reality.

Which is why the rise of the socialists in the Democratic party is making headlines today. They believe their time is now, and the slow-moving creep toward Socialism of the past is obsolete.

Evidence of this phenomenon is surfacing in the Democratic primaries as 2018 congressional candidates are chosen. The most noted candidate is Alexandria Ocasio-Cortez, a 28-year-old self-described “Democratic Socialist” who defeated a 10-time incumbent in the New York primary.

Her political positions give us a peek at what the Left has planned for America. Here are [her] 10 demands in order of presentation.

Should just a few of these in any form become law, the moral and economic foundations of America would be shaken if not destroyed. Socialism will then be applied across the board to everyone in the nation by default.

More ominous are the consequences should the Leftist vision of immigration, in particular, become reality. The influx of Muslim “refugees” into the nation would rapidly grow until they then become dominant culturally and politically.

The Socialist Left is blind to this possibility. Thus they will proceed to commit not simply suicide for the Democratic party, but the unwitting destruction of America itself.

Perverse disputings of men of corrupt minds, and destitute of the truth, supposing that gain is godliness: from such withdraw thyself. 1Timothy 6:5 [ESV]