Number four in a seven-part series on virtue.

Perhaps the most common word regularly associated virtue in patience. Most have heard the saying, “Patience is a virtue.”

Virtues are supposed to be good characteristics in a person. Attributes that are beneficial and to be desired.

Yet, patience is not desirable to most. Why not?

Perhaps that is because patience is misunderstood by most. Nor do most want to pay the price patience demands.

I submit that if you asked people what they believe patience is, most would say it means waiting calmly for something. Furthermore, when asked if this is a good quality, most would say yes.

However, patience is a seldom-practiced virtue, especially in the information age. The results of one survey in 2015 by a banking group show that,

nearly 80 percent of respondents rating themselves as being patient, but in reality:

Thus while most believe patience is a good thing and that they exhibit it, they actually don’t show it in real life. In fact, the practice of being impatient is much more prevalent.

It has always been the case that impatient people live among us. However, the promise of instant gratification today seems to have enlarged the presence of impatience in the world.

In this manner, the meaning of patience is trivialized. We think being patient means waiting more than 20 minutes for a meal at a restaurant, or not honking the horn after less than a 10-second delay.

The modern understanding of patience is a surface understanding. What is not understood is that patience exacts a price most are not willing to pay.

The Price of Patience

1 : bearing pains or trials calmly or without complaint

2 : manifesting forbearance under provocation or strain

3 : not hasty or impetuous

4 : steadfast despite opposition, difficulty, or adversity

Notice the words used by the dictionary; ‘pains…trials…provocation…strain…opposition…difficulty, and adversity.’

The price of patience is far more than momentary irritation at being delayed. It is the price of pain, trials, and adversity.

In other words, a truly patient person will be one who endures suffering, and that is a reality all seek to avoid. It makes patience the hardest of virtues.

The Patience of Job

The quintessential story of profound patience is the account of Job from the Old Testament. Traditionally, if someone says that another “has the patience of Job,” it was considered a compliment.

The meaning behind this is that because Job stoically endured great suffering, he exhibited great patience. However, a mini-exposition of the book of Job reveals that patient waiting has a different character than we might believe.

Chapters one and two set the stage. God gives permission for Satan to test Job’s faith, and Satan proceeds to destroy all that Job has or loves.

Job literally sits on the ash-heap of his life in apparent silence for the next seven days. Then, in chapter 3, Job comes to the end of his silence by cursing the day he was born.

His ‘friends’ who had sat with him in silence then speak. For most of the rest of the story, they trash Job and claim he must’ve sinned grievously or else these bad things wouldn’t have happened.

The End of Job’s Patience

Job refuses their judgment and defends his wish for God to end his life, as well as defending himself against the charges of his companions. The bulk of Job’s defense is not to excuse himself but to cry out pleading that God explain why this is happening.

Finally, after several pleas and complaints by Job to God, and rebukes of Job by the others, God responds beginning in chapter 38. The Divine words mark the end of both Job’s patience and complaints and hold the key to how patience is indeed a virtue.

Chapter’s 38-41 feature God seemingly scolding Job for his complaints. Job’s words in chapter 42 reveal that he recognizes his ignorance in the face of his suffering.

…Therefore I have uttered what I did not understand, things too wonderful for me, which I did not know. Job 42:3 [ESV]

Job suffered grievously and that caused him to question his faith in God’s judgment. After God spoke, Job repented of his complaints and humbled himself before God.

The LORD speaks after Job’s repentance and provides us with a crucial fact about patience.

After the LORD had spoken these words to Job, the LORD said to Eliphaz the Temanite: “My anger burns against you and against your two friends, for you have not spoken of me what is right, as my servant Job has. Job 42:7 [ESV]

What was the biggest difference between what Job’s friends said and what Job said? The three friends talked to Job, while Job addressed God. 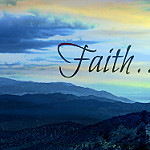 When the statements of Job’s friends are examined, they contain basically two things. One is a condemnation of Job and the other is a defense of God’s seeming judgment upon him.

When Job speaks, he is also saying two things. He defends his character and directs his hurt and questioning to God.

In other words, Job talked to God, while the others just talked about God. That is the difference of faith.

Real patience is not simply waiting on God; it is waiting for God. It isn’t to ‘let go and let God,’ it is to let go and seek God even more in the middle of trials and suffering.

Author Philip Yancey explains it this way in his book, “Disappointment With God,”

…the more important battle, as shown in Job, takes place inside us. Will we trust God? Job teaches that at that moment when faith is hardest and least likely, then faith in most needed.

Patience is a virtue because it places faith in what the LORD is doing for His ultimate purposes, even when it involves suffering for us.It puts God on the throne of life and kicks us off of it.

That was a lesson Jesus taught while on earth all the way to His own suffering for us on the cross. He trusted and followed God the Father patiently and would not remove Himself from suffering He knew would come.

Patience is a reflection of faithfully turning to God.

But without faith it is impossible to please him: for he that cometh to God must believe that he is, and that he is a rewarder of them that diligently seek him. Hebrews 11:6 [KJV]

A Great Example in the Midst of Loss

I preached many hundreds of sermons in my 20 years as a pastor. I have listened to many times that amount of messages in my life.

One message touched especially moved me and it is appropriate to mention it here for it exemplifies patience applied in the midst of great sorrow. The late evangelist and pastor E.V. Hill preached this as his wife’s eulogy.

I have listened to this many times and each time brings me to tears. I urge any who suffer trials today to hear this, for it is a great example of real and righteous patience.

May the LORD bless you and keep you faithfully patient in and through every trial now and forever. Next time we will look at the virtue of Kindness.