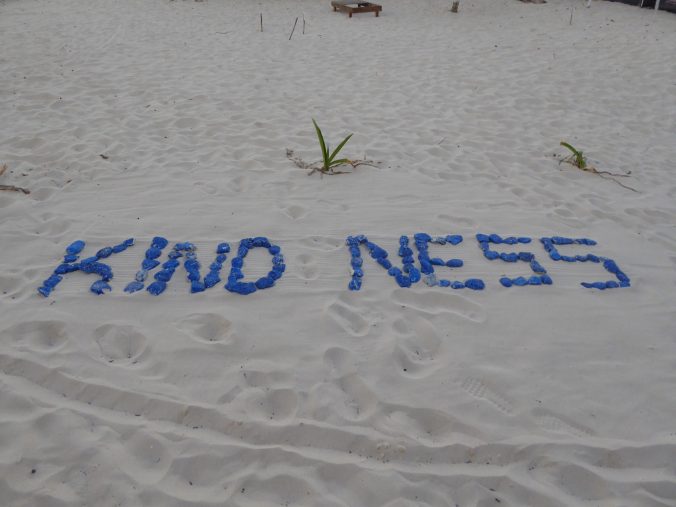 Number five in a seven-part series on virtue

The virtue of kindness can be a confusing concept to understand because it can be defined in many ways. Perhaps the best way to understand kindness is to examine other words associated with kindness.

Kindness Is an Expression of Affection

If one demonstrates kindness to another, it expresses a level of affection toward that person. A fine example of how this is manifested in life is found toward the end of the book of Acts in the New Testament. 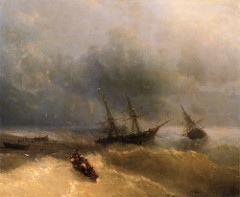 Paul and his companions had just survived a shipwreck and found themselves stranded on the island of Malta. Luke, Paul’s companion and chronicler, records the kind actions of the natives to their group in chapter 28.

After we were brought safely through, we then learned that the island was called Malta. The native people showed us unusual kindness, for they kindled a fire and welcomed us all, because it had begun to rain and was cold. Acts 28:1-2 [ESV]

The Greek word translated here as kindness is philathropia, the same word from which we derive the English word, philanthropy. It means a feeling of good, or fondness of humankind in general.

In other words, a kind person is one who shows an affection for other people in general. Thus kindness could be defined as an inner motivation to help others, even strangers, especially when they are in need.

As we notice in the passage, Luke was impressed by what unusual kindness these strangers showed by their actions. They welcomed them in and made a fire to shield them from the cold and rain.

Kindness Is A Demonstration of Grace

The word most often translated as “grace” in the New Testament is charis. Among the defintions of this Greek term is “favor.”

Paul the Apostle writes using this term in Ephesians 2:8-9

For by grace you have been saved through faith. And this is not your own doing; it is the gift of God, not a result of works, so that no one may boast. [ESV]

Grace given by God is more than mercy for sin, though it is certainly that. Grace is also a demonstration of the favor of God.

Kindness is directly linked to grace by Paul earlier in Eph. 2:4-7

But God, being rich in mercy, because of the great love with which he loved us, even when we were dead in our trespasses, made us alive together with Christ—by grace you have been saved— and raised us up with him and seated us with him in the heavenly places in Christ Jesus, so that in the coming ages he might show the immeasurable riches of his grace in kindness toward us in Christ [ESV]

Kindness, as noted by Paul in the passage above, ultimately is an act of God. Moreover, it is an act whereby God displays “the riches of his grace.”

The ultimate act of kindness is given to us by God Himself. He sees the desperate need to be freed from death in our sin and ‘in kindness’ supplies grace to meet the need.

How does God do this? Because of His ‘great love’ Jesus is executed and raised from the grave to pay the price for sin and offer the gift of grace.

The grace of God is offered because of the kindness of God. His kindness is shown to others in many ways through we who have already received His grace.

That is a key difference between faiths like Islam and Christianity. Islam demands submission through fear; Christ kindly calls to the heart in love.

Islam says to conquer and kill your enemies to advance the rule of Allah. Christianity teaches that force is to defend and rescue the helpless.

Give justice to the weak and the fatherless; maintain the right of the afflicted and the destitute. Rescue the weak and the needy; deliver them from the hand of the wicked. Psalm 82:3-4 [ESV]

The kindness that one shows to another in ways large and small provide an opportunity for the heart of another to be softened toward God’s grace. To paraphrase an old saying, “I’d rather see a sermon lived than to hear a sermon preached.”

A Modern-day Example of Kindness to Grace

I was attending a Christian music festival a few years ago and witnessed a moving testimony of kindness leading to grace. It was delivered by a young woman who identified as a lesbian.

She gave her story of how her journey into that lifestyle had come about, and I was impressed by her courage and forthrightness. More importantly, she testified of one particular church group and the kindness they showed to her regardless of her sexual preference. 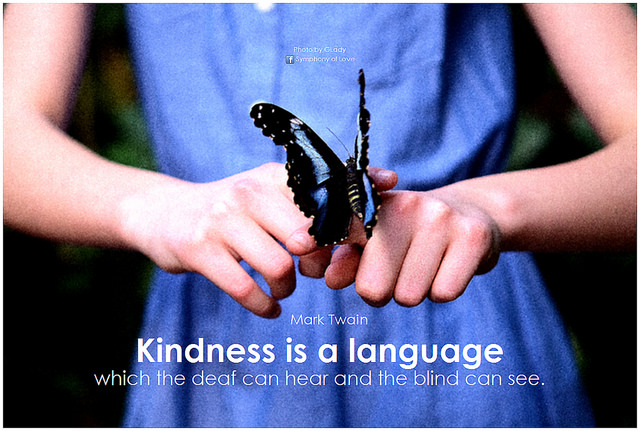 She said that it began with an invitation to play on a church softball team. She was a bit wary, as she was also a gay activist who had already encountered other ‘christian’ groups that exhibited hostility to her.

However, she accepted the kind offer because she both loved sports and had a level of trust with the person who invited her. She ended up becoming pleasantly surprised with the treatment this team gave her.

She remembered that her manners were somewhat crude at that time. For example, she would often let loose with a string of profanity when she missed a play or made a mistake in the outfield.

Some of the young ladies on the team were disturbed by this and went to their coach, who also happened to be the pastor of the church. They asked him what they should do about this.

His advice was, “Just keep loving her, mistakes and all.” He knew God would work in her heart when she saw the reaction of loving kindness from His people.

That force of kindness through others did move this woman to seek God’s grace. She responded in sincere repentance and faith in Christ.

Through such kindness God draws others to see His love and the greatest kindness of all, Jesus dying on the cross for each one. That is why kindness is the graceful virtue.