The Illogic and Idiocy of ‘Never Trumpism’

Recently the publication “The Weekly Standard” ceased to exist. Its publisher, Bill Kristol, has been famous as a ‘never-Trump’ conservative.

I must confess I never really understood the phenomena of never Trump conservatives. The group began by not giving the president a chance to enact any policy and now continue complaining about him despite his performance on actual issues and policy.

Those who declared and remain never-Trumpers and consider themselves conservative have specific issues with Trump himself. Recently a particular article revealed not simply what these issues are, but how far this group will go to never support Trump.

Here is part of the aforementioned article by Sarah Quinlan,

I remain #NeverTrump and there is almost nothing Trump could do to convince me to vote for him in 2020. 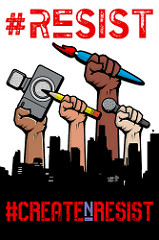 Ms. Quinlan is upfront as she writes this toward the start of her writing. She makes the point that she says “almost,” only because there are things Trump could do, but surely would never do, to gain her support.

What are her requirements? Let her speak for herself.

It’s possible he will sincerely apologize for all his past behavior; promise to treat people with respect — even when he disagrees …make genuine attempts to right past wrongs; drop his tariffs and end his trade wars; work to improve relations with our allies; …denounce the alt-right and neo-Nazis, rather than be pressured into doing so; …focus on the Russian and North Korean people being wronged than on complimenting their leaders; treat asylum-seeking individuals, legal immigrants, and, yes, illegal immigrants with compassion, not cruelty — even when enforcing the law; take initiative to control our mounting debt crisis instead of dismissing it; and stop tweeting, among other actions.

This list epitomizes the illogic and idiocy of ‘never-Trump’ reasoning. The complaints that aren’t simply about personal taste have little or no substance behind them.

The ‘never-Trump’ position is the exclusive possession of some conservative Republicans. However, their reasoning does not jibe with conservatism itself.

Examine Ms. Quinlan’s objections, for example. Many of them are simply complaints about personality and style rather than substance.

Logic would dictate that what was done as president should be more concerning than whether or not his tweets might be insensitive.

A bedrock conservative principle is that smaller government is better than larger government. President Trump has done more to reduce the size of the Federal Government than anyone in memory.

The past two years have been the greatest period of deregulation in modern times because of Trump. Anyone embracing real conservatism should be cheering this president on if we really believe in smaller government.

Any objective examination of Trump’s actual accomplishments in the first half of his first term would find much to be pleased with. His support for the military and law enforcement is strong.

His fiscal policy is free-market conservative and the economy is booming. He has been consistently pro-life in action and speech.

He has set records for conservative judicial appointments in but the first half of his first term. That doesn’t include his first two Supreme Court appointments and a possible third in 2019.

No not all that the president has done is unqualified conservatism. But on these large important issues, Trump has been solidly conservative.

Do conservatives believe that these make America better or not? If so, being never Trump is either illogical or insincere.

It is unlikely the ‘never-Trump’ crowd is insincere. Insincerity would not have persevered this long.

The illogic of ‘never-Trumpism’ means it is based on flawed thinking. Flawed thinking which also leads to foolish, or idiotic, thinking. 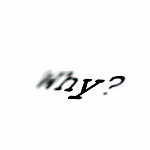 It is never very smart to embrace illogical thinking. However, ‘never-Trumpism’ goes beyond that to idiocy.

‘Never-Trumpism’ is a form of a self-defeating action. Its goal is supposed to be the preservation of conservative political philosophy.

Yet, the action taken toward this goal is to not vote for a person who actually works to implement conservative action. Moreover, they vow to never support this person because his style isn’t pleasant enough.

If that was the extent of their behavior, it might be only marginally dumb. However, ‘never-Trumpers’ also actively oppose this president. Writing for The Federalist in 2017, Julie Kelly shows how Kristol fits this description,

One day into Trump’s administration, Kristol declared he would not get used to the “unprecedented vulgarization” of the presidency. He’s mocked Sean Spicer, Kellyanne Conway, and Ivanka Trump. He referred to Trump’s immigration executive order as “Breitbart-like boob bait for the bubbas” and compared Trump’s presidency, less than one month old, to President Nixon’s second term. Then this shot a few days ago: “Honest Q for conservatives who aren’t just working with or around Trump, but rationalizing him: In your heart, don’t you know you’re wrong?” Wrong about what? Nominating an education secretary who supports school choice? Rolling back burdensome, costly federal regulations? Prioritizing national security? These are all things conservatives support.

This means that there are those calling themselves conservative who would rather witness the defeat of conservatism than have Trump as president. They prefer to join the Left and accelerate the destruction they bring to America.

They prefer to let the socialist Left destroy the economy and press an immoral social agenda down the throats of the American people than ever side with Trump.

That is the folly of never-Trumpism. The greatest conservative president of modern times would chastise Kristol, Quinlan et. al for their behavior. 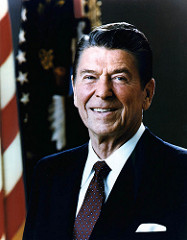 One of his many oft-quoted sayings became known as his ’11th Commandment.’

“Thou shalt not speak ill of thy fellow Republican.”

By this, Reagan did not mean Republicans were above criticism. He meant rather that even with some disagreement in the party, the alternative is far worse for America.

Therefore, party unity should prevail over personal disputes. The history behind Reagan composing his 11th has some similarities to today’s political disputes among Republicans.

The GOP was divided after the defeat of Goldwater to Lyndon Johnson in 1964. Some had been vocally opposed to Goldwater’s nomination, and Reagan aimed his 11th commandment their direction.

Clearly, Donald Trump the primary candidate was not shy about criticizing his fellow Republicans. Mostly he did so in reaction to others criticizing him, staying in character as a “counter-puncher.”

There were many conservatives who didn’t care for Trump then, this writer included. His comments and demeanor were not what was imagined by many.

However, that all changed necessarily when Trump won the nomination. Or at least it should have.

Once he became the Republican nominee, Trump should have had consistent conservative support if only because the Democratic alternative was a certain disaster for America.

Never-Trumpism Is Potentially Destructive to America and Beyond 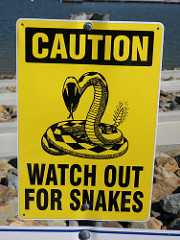 America thrives in substantial, measurable ways today because President Trump has taken steps in line with conservative principles. A ‘never-Trump’ position would deny the nation substantial economic benefits, a smaller tax burden, a stronger military, and more that a Trump presidency has so far provided.

A look at what a ‘never-Trumper’ in high office will be like is coming this year in the person of new Senator Mitt Romney. The newly-elected Utah Republican decided to give a preview of his coming service in an anti-Trump tirade op-ed in the Washington Post.

It is well known that Donald Trump was not my choice for the Republican presidential nomination. After he became the nominee, I hoped his campaign would refrain from resentment and name-calling. It did not. When he won the election, I hoped he would rise to the occasion. …But, on balance, his conduct over the past two years, particularly his actions last month, is evidence that the president has not risen to the mantle of the office.

Bear in mind that Trump aided Romney’s bid for the Senate in Utah. During that campaign, Romney appeared to have mended fences with the President.

So, his first act as a freshman senator is to repay Trump’s favor with a public scolding featured in a leftist paper?! All of it, again in never-Trumper fashion, is style over substance.

Buck Sexton made this excellent point when discussing Romney’s attack on his January 2, 2019 radio show. Sexton noted that he thinks Romney is priming a run for the presidency in 2020 and that Trump would soundly defeat him.

However, should Romney run a third party candidacy,

He’s just gonna hand the presidency to the Democrats… At what point do the results just not matter to the never-Trumpers because they’re so in love with their own sense of righeousness and their need to be right?

At what point indeed? Will it have to be when America vaults headlong into Democratic Socialist submission before conservatism is ‘pure’ enough for never-Trumpers?

Will Kristol and fellow never-Trumpers feel vindicated if the country is decimated as a result? I suppose they could say “I stayed true to my principles to the end.”

These opponents of President Trump may be well-intentioned, but as the saying goes, “the road to hell is paved with good intentions.” Should never-Trumpers succeed they will have hastened America down that road to destruction.

Guard your steps when you go to the house of God. To draw near to listen is better than to offer the sacrifice of fools, for they do not know that they are doing evil. Ecclesiastes 5:1 [ESV]