From Molech to Soylent Green 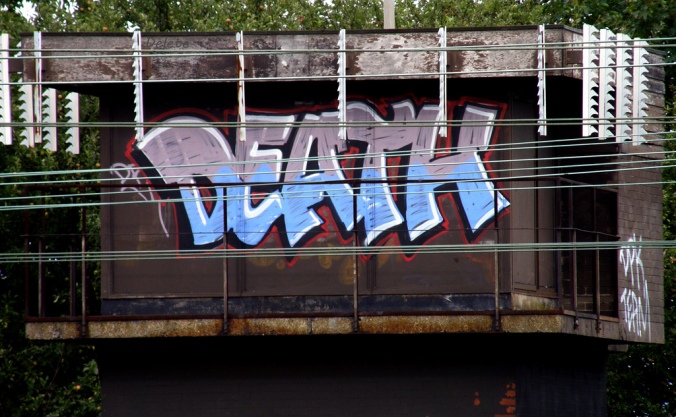 The tacit endorsement of infanticide by the Democratic governor Northam of Virginia originally reaped intense criticism, though not from most of his party. Political damage control kicked in the next day with the ‘discovery’ of photos in his medical college gallery of Northam supposedly in blackface, or maybe in a Klan hood, … it’s complicated.

So now there are multiple calls from prominent Democrats for Northam to resign. Not for promoting infanticide, but for being a “racist.”

This has the twin effect of c.y.a. with the pro-abort Left and deflecting the conversation away from trying to justify infanticide to the public. The politicians and pundits bought by Planned Parenthood and the like don’t want that conversation.

They know they lose the moral argument in a free society, at least for the present. They also know they can’t afford too much attention on the morality question so it is couched in the well-worn fictions of ‘women have a right to their own bodies,’ and that abortion is somehow ‘women’s reproductive health.’

The Leftist death machine has another target which is squarely in its sights. Another human target consisting of the elderly, the infirm, and the disabled.

Euthanasia and the Devaluing of Life 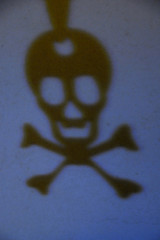 Euthanasia comes from the Greek word euthanos, meaning a “good” or “easy” death. Today we find it most commonly mentioned in connection with assisted suicide, which is now legal in several states.

The perceived need for such a deadly practice comes from the person’s belief that there is no purpose in continuing their own life. They can see no value in continuing to exist in their present state.

The inflicted may be suffering physically or mentally with agonizing pain and foreseeing more in the future. If it is a terminal condition, they might reason, why not just hasten the inevitable, despite the fact that pain relief is almost certainly available.

One doesn’t have to be terminally ill to have the euthanasia effect applied to them. Neither have the Jack Kevorkians or Hemlock Societies of the world cornered the market on the practice.

Euthanasia is also not necessarily a voluntary action. In the recent notorious cases of Charlie Gard and Alfie Evans, it has been carried out on children by the state against the wishes of the parents.

The sanctity of life ethic teaches that life is a sacred gift from God Almighty. It pleads that every life has inestimable value, even a life lived in suffering that seems unfathomable.

The Old Testament patriarch Job lost almost everything to calamity, even his own health. His response to his tremendous loss was unexpected and instructive about the meaning of the sanctity of human life.

Then Job arose, and rent his mantle, and shaved his head, and fell down upon the ground, and worshipped, and said, “Naked came I out of my mother’s womb, and naked shall I return thither: the LORD gave, and the LORD hath taken away; blessed be the name of the LORD.” Job 1:20-21 [KJV] 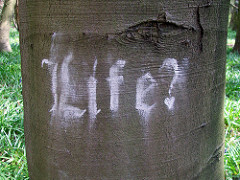 Job understood his life is a sacred gift from the LORD. Moreover, Job recognized the LORD as sovereign over his life including whether or not it should continue.

God places a divine value on human life because it comes from His loving and creative heart. In other words, human life has inherent divine value in the sanctity of life ethic.

Conversely, in a utility of life ethic (aka ‘utilitarianism’) life is valued based on its usefulness to the individual and others. Of course, usefulness can be determined in many ways and by many authorities.

If the individual follows such an ethic, the value of his or her life ultimately is decided by how useful or how burdensome they believe they are to others. If the government embraces utility of life, then they get to determine its usefulness and thus its value.

In this case, the individual or the government rejects God’s claim of sovereignty over human life and the inherent value of it. Whenever that happens life becomes increasingly devalued and the results are demonic.

The science-fiction film “Soylent Green” was released in 1973. It starred the late Charleton Heston, just a few years after his role in the iconic original sci-fi film “Planet of the Apes.”

“Soylent Green,” is also set in a dystopian future, but with a far different story to tell then the wildly popular “Apes” series. In the “Soylent” world, an overpopulated and polluted future results in worldwide hunger and an unthinkable response to it.

All of the planet’s resources are gone, and there is not enough food to feed the masses. The only source of food widely available is the green wafer from the Soylent Corporation known as ‘soylent green.’ 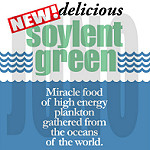 The wafer was reported to be made of a special type of high-protein ocean plankton processed by Soylent. Heston’s character discovers that the actual ingredients for the wafer are actually dead human bodies picked up in waste trucks and processed into the wafers.

As horrifying as that is, today this fiction is coming closer to reality in America. The great state of Washington is now,

…considering a bill …to compost the dead into fertilizer. The idea is being billed as a great boon to the environment (of course) and as a cheaper alternative than burial or cremation, which they hope will be especially appealing to blacks, Hispanics and poor people overall. The idea is being pushed by an environmentalist pagan architect in Seattle, the ironically-named Katrina Spade. …Ms. Spade says she anticipates that a lot of good environmentalist pagans will want to take their loved one’s remains home and plant them in the back yard, or that they will donate them to “nourish conservation lands.” Although she never comes right out and says it honestly, her intentions are perfectly clear: The dead will ultimately be consumed after they’re turned into fertilizer for the soil. One of the Democrats sponsoring the legislation claims that she’s received letters from environmentalists all over Washington state who are excited about the prospect of “coming back as a tree.”

The societal conditions are a bit different than those of “Soylent Green,” and it should be noted the proposal doesn’t call for processing of human remains directly into food. However, it is both creepy and hints at a reincarnation fetish among its adherents.

Yet if one believes that human life is valuable because it is useful, this proposal makes eminent sense. Under that rubric, why should the immediate conversion of dead bodies into food not be allowed or even advocated?

Thankfully God has granted us life with divine value because we are made in His image. Moreover, He loves us with a divine love beyond our comprehension and in spite of our weakness and sin.

There is a choice to be made here. Accept the love and infinite value bestowed by God upon human life, or continue the road toward demonic Molech and pagan worship of the earth and death.

I call heaven and earth to witness against you today, that I have set before you life and death, blessing and curse. Therefore choose life, that you and your offspring may live … Deuteronomy 30:19 [ESV]