The Mueller Collusion Circus Theatre of the Absurd [Video] 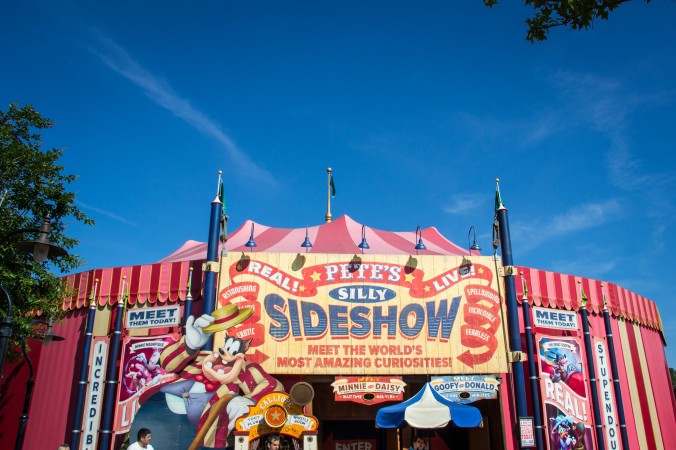 Since the release of the Mueller report the Leftist political-media mafia in America has behaved like a teen caught altering an F to an A. In other words, they are being true to character, especially during the era of President Trump.

The Left is increasingly at a loss to provide actual reasons for opposing the President now that the Mueller boogeyman has been defeated. For two years these fanatical miscreants have awakened each morning and offered obeisance to the office of the special counsel only to find their fervent prayers to that idol unanswered.

In spite of all of their spite, President Trump remains in office and moreover has done an outstanding job on behalf of the American people. All the while, this President has labored against unprecedented opposition both in the Congress and the Judiciary, as well as virulent and truly ugly Leftmedia hatred.

How is the Left handling the revelation that President Trump did not collude with the Russians, or anyone else, to ‘fix’ the 2016 election? They are handling it with all the immaturity and obtuse deflection of a toddler, which is what has come to be expected these days.

The Mueller Collusion Circus headlines the political ‘theatre of the absurd,’ in 2019. It is a classic comedy of errors, which is to say it is a tragedy, in two acts.

It has now been almost two months since Attorney General William Barr released his four-page summary of the Mueller report. The immediate reaction from the Left to its release was twofold.

The most common response was along the lines of, “we have to see the whole report because we think you, the AG, are a partisan liar.” This was a typical quote from the political spectrum.

his letter leaves more questions than answers. A sanitized summary from Trump’s hand-picked bodyguard is not acceptable. Barr has his finger on the scale to protect Trump. The full report should be released immediately,” Rep. Bill Pascrell Jr., D-N.J., in a tweet. [italics added]

AG Barr was more than accommodating to the demands and has presented the full, over 400 page Mueller report, at the beginning of May with as much material revealed as is legally allowable. Yet that was not enough for the Leftists, and they demanded the AG actually break the law or he should be held in contempt of Congress for… umm…not breaking the law! Rep. Jarrold Nadler [D-NY] was,

“…asking in a subpoena for Attorney General Barr to break the law or else he would hold him in contempt,”… After voting to hold Barr in contempt, the New York Democrat told reporters that he and his fellow Democrats “did not relish” holding the attorney general in contempt for not turning over the entire fully unredacted special counsel Robert Mueller’s report and its underlying evidence, but felt they “had no choice.”

There is a particular phrase here that can easily be ignored but is extremely important in determining the intentions of Leftists in Congress. Nadler said that they wanted not simply the unredacted Mueller report, but also ‘its underlying evidence.’

The ‘underlying evidence’ refers to the over 1 million documents provided to the special counsel during his investigation. This generates a natural question, ‘Why would they want so many documents?’

The answer would be that those documents spread over six congressional committees and their staff would most likely be leaked to the Leftmedia in a desperate attempt to try and damage Trump in 2020. When one considers that an illegal leak from former FBI Director James Comey started the absurdity circus rolling, Trump was both prudent and justified by exerting executive privilege over that material.

“The Attorney General has been transparent and accommodating throughout this process, including by releasing the no-collusion, no-conspiracy, no-obstruction Mueller Report to the public and offering to testify before the Committee. These attempts to work with the Committee have been flatly rejected. They didn’t like the results of the report, and now they want a redo,” Press Secretary Sarah Sanders said in a statement on Wednesday. “Faced with Chairman Nadler’s blatant abuse of power, and at the Attorney General’s request, the President has no other option than to make a protective assertion of executive privilege.”

However, many on the Left also realize that the Russia collusion angle isn’t working especially since the Mueller investigation produced no charges from it. Thus, they are moving forward in another direction linked to the second half of the Mueller tome, that the President somehow obstructed justice by trying to stop the investigation, cue Act 2. 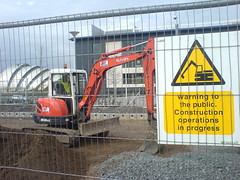 Since the collusion story doesn’t pass muster, the Left is more focused at present with the idea that President Trump interfered in some manner with the Mueller investigation, and that this constitutes obstruction of justice. However, there remain two very large facts that negate this construction of obstruction.

The most obvious fact is what is missing from either part of the Mueller report. There are no charges for obstruction recommended in it.

If the Mueller team could have found actual obstruction of justice, does anyone believe they would not have recommended charges? Moreover, since we are not now watching the impeachment proceedings against President Trump it is safe to assume no obstruction occurred.

However, it has been noted on the Left that though Trump did not fire the special counsel, he thought about it. Yet, upon advice from his chief counsel Don McGhan, the President changed his mind.

Trump asked McGahn if he would talk to Deputy Attorney General Rod Rosenstein (who has authority over the special counsel) about it …McGahn, though, told the president in no uncertain terms that firing Mueller – the head of the probe into possible collusion by Trump associates with Moscow – would be a horrible idea and blow up in his face, the source said. Trump took McGahn’s advice and dropped active consideration of firing Mueller

So …Trump was justifiably upset at being railroaded on a false accusation of “collusion” and being roasted by the Leftmedia and wanted to fire Mueller but instead took the wise advice of his staff and he is to be punished for that!? By the way, even if he had fired Mueller, it still wouldn’t be obstruction because the investigation would have continued with someone else in charge.

The second large fact which destroys the accusation of obstruction of justice is that “collusion” is not a crime. Thus, the Mueller investigation was not a criminal investigation which means there should never have been a special counsel appointed at all!

The Russia investigation is instead a counterintelligence investigation. Such investigations are designed to gather information about suspected harmful activities against the nation, and not to bring criminal charges.

It is worth repeating that the Russia investigation is a counterintelligence probe; it was not a judicial proceeding or a criminal investigation. Counterintelligence probes are not conducted to enforce the law through judicial proceedings; they are conducted to inform the president of threats posed by foreign powers. The president may shut them down at will, and doing so does not obstruct justice in any way.

McCarthy nails what the Leftists can’t [or won’t] understand when he specifies that the purpose of a counterintelligence probe is “to inform the president of threats posed by foreign powers.” The results of this investigation were never meant to be seen by anyone besides the President and the investigating team.

The so-called ‘deep state’ simply ignored this mandate and manipulated the DOJ and the press, aided by the leak from James Comey, to get a special counsel appointed anyway. The result is that an improper and possibly illegal investigation targeting the President of the United States was conducted under false pretenses and the Left wants to continue investigating under a false allegation of obstruction of justice.

Epilog: The Left May Be ‘Reaping the Whirlwind’

There may just be a ‘silver lining’ in the midst of the Leftist absurdity and insanity about the Mueller report and hatred for all things Trump. The time is perhaps upon us to conduct a real criminal investigation into the Mueller investigators themselves.

At least this is the judgment of AG Barr who has recently decided to do that, and the Left isn’t happy about it. Conservative pundit Jon Miller explains in the video below.

The Left will try to denounce Barr’s new investigation and deflect attention from it. However, they may soon experience the biblical truth that you reap both what you sow and more than you sow, and that can sometimes be a very bad thing.

For they sow the wind, and they shall reap the whirlwind. Hosea 8:7 [ESV]