A Behavioral Experiment: Predicting the Pro-Abortion Left’s Response to Alabama and Company [Video] 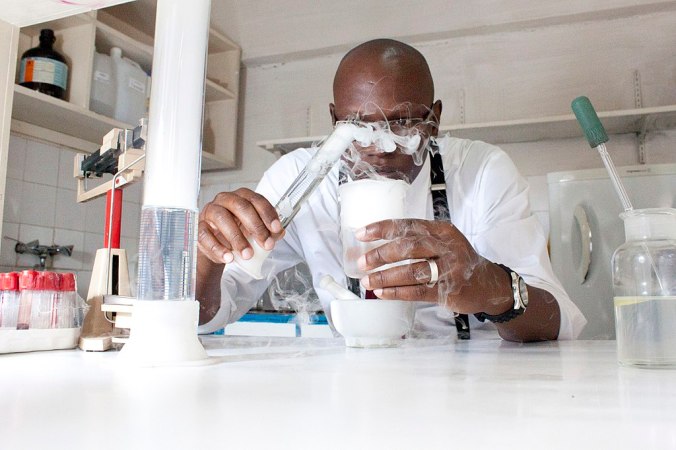 There has been a number of states who recently passed measures to severely limit and outlaw abortion. These pro-life laws have brought down the wrath of the Leftists who favor abortion at all times and for any reason.

The most controversial of these so far is the new Alabama law criminalizing abortion except for saving the life of the mother. With this and other such activities in mind, I decided to conduct an experiment concerning Leftist’s mindsets on abortion and see if they really were as easy to predict as I surmised.

This experiment was conducted in two steps. First, I drew from my experience in the pro-life movement for 36 years and predicted seven reactions from the Left to this law in advance. Then I compared my predictions to the actual responses represented by 10 articles either giving the Leftist response or pieces talking about multiple responses.

My predictions took the form of generalizations, as I had no way of knowing in advance the precise wording which was used in the articles. Here are my seven prognostications of Leftist responses to the new pro-life legislation in states such as Alabama and Georgia.

1.) In at least one article, [and likely many] the response that the new law is attempting to regulate women’s bodies will be mentioned.
2.) Ditto for one or more mentions that the law is a threat to Roe v. Wade.
3.)There will be false assertions of what the law actually requires.
4.) In some manner, the humanity of the unborn child will be denied.
5.) It will be asserted that the law will harm women.
6.) Trump will be criticized because he is pro-life.
7.) The ‘far-right’ and/or the ‘religious right,’ will be blamed and scorned.

I made these predictions at 8:51AM, CDT,  on May 18, 2019. I realize that the reader will have no way of knowing for certain that I didn’t read the article responses ahead of time except for my word that I didn’t do so.

However, besides my assurance, when the results are tabulated it should bolster my claims… I hope. I returned to the experiment for part two on 5/21/2019 and checked on how my predictions panned out.

The results are calculated by number for each source that was cited. Whether or not a particular prediction was actually used more than once in an article was not noted, merely counted as one ‘fulfillment’ of a prediction.

It should be noted that this is far from any kind of scientific survey. I selected 10 examples only, which is insufficient for any definitive conclusion according to statistical science.

I suggest, however, that even this small sample could be expanded over a longer period of time with more responses and the results would vary only slightly. More importantly, even this smattering of evidence reveals the priorities and motivations of the Left when they try to argue for a woman’s ‘right to choose.’

Each example of at least one predicted response is noted in the list below. I read each article and recorded the instances when a predicted Leftist reaction/response occurred and assigning it a number from my list of 7.

In other words, in the first article, I found at least one example of my number 2 prediction that the new laws would be seen as a threat to Roe v. Wade. This ‘raw data’ if you will, is compiled and analyzed afterward, as will be seen.

6.) From an article concerning Leftist talking points on “The Federalist” site highlighting social media posts from the pro-abort crowd: Here it can be seen that points 1, 2, 4, and 5 are used.  https://thefederalist.com/2019/05/17/many-pro-choice-talking-points-border-propaganda/?utm_source=The+Federalist+List&utm_campaign=215d30f116-RSS_The_Federalist_Daily_Updates_w_Transom&utm_medium=email&utm_term=0_cfcb868ceb-215d30f116-84040107

8.)From a May 19, 2019 ‘Intellectual Conservative’ article on leftist reactions: Here predictions 1, 2, 3, 4, 5, and 7 can be found. http://www.intellectualconservative.com/the-progressives-socialist-anti-science-on-abortion/

Results and Some Surprises 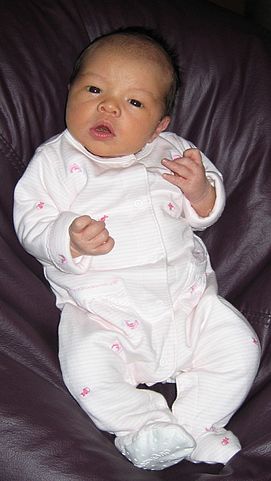 The results of this ‘experiment’ yielded a mixed bag of the expected and the surprising among the pro-abort Left’s responses.

All of the predicted responses appeared at least once. However, the top four responses are revealing about the mindset of the Leftists as these give vital clues to what they consider most important in the abortion battle.

The highest frequency pro-abort response among those I had predicted was number ‘4.) In some manner, the humanity of the unborn child will be denied.’  In 9 of the 10 examples, this response was observed.

The next most frequent Leftist response was number ‘2.) …mentions that the law is a threat to Roe v. Wade.’ This was used in 7 different pieces.

The third most frequent response was recorded 6 times in two different articles. First is prediction ‘1.) In at least one article, [and likely many] the response that the new law is attempting to regulate women’s bodies will be mentioned’ which is tied with response number ‘5.) It will be asserted that the law will harm women.’

The other three predicted responses had a large drop in stating what I assumed they would. Only 3 pieces used predicted reaction number ‘3.) There will be false assertions of what the law actually requires.’ Two articles used the number 6 prediction that ‘Trump will be criticized because he is pro-life.’

The most unexpected result to this author was that only one response used number 7.) The ‘far-right’ and/or the ‘religious right,’ will be blamed and scorned. In some cases responses that I should have predicted also appear in these articles I examined.

One of those is the false claim that the Bible and Christianity are supportive of abortion, which was cited in at least one case. This journal has covered that claim in a number of past articles.

Another false claim from the Left that I should have expected was the accusation that these laws are a reflection of ‘racism’ on the part of conservatives. The racism claim did surface, however, I did not record the number of times it appeared.

In The Final Analysis

From this small experiment, we can only make limited assumptions rather than hard conclusions. Yet, these assumptions are not without merit and can be instructive to gain some understanding of the destructive worldview that pro-abort Leftists embrace, in order to rightly oppose its evil design.

Of course, the pro-abort Left could as easily make predictions about the pro-life responses to these new state laws concerning abortion. I would concede that, however, I also would stress that one side is predictable for its object to preserve life, while the other is staunch in a campaign to destroy life.

If the frequency of occurrence indicates importance, the factor the pro-abort Left considers most important is that the humanity of the unborn is denied always, regardless of the truth. The pro-abortion mindset is that above all else and at any cost, it cannot be admitted that the unborn child is a living human being.

The second most important point is that Roe v. Wade must be untouchable. Roe v. Wade is the Left’s symbolic Holy Grail and it is considered a sacred validation of an absolute right.

The problem with that position is the history of bad precedent from the U.S. Supreme Court, namely the 1857 “Dred Scott” decision. “Roe” has been compared many times with this infamous SCOTUS ruling which enshrined the institution of slavery as a supposed constitutional ‘right’.

The comparison is from a different era and addresses a different issue, but the point is the same. That point being that just because the SCOTUS makes a ruling does not automatically create a newly-imagined Constitutional right.

The third item on the pro-abortion acolytes’ list of most cherished beliefs is that pro-life advocates wish to regulate and control women’s bodies. Any threat to the full legalization without exception of abortion on demand is a perceived threat to a woman’s bodily autonomy, and therefore must be opposed.

The final important finding is that abortion is portrayed as good for women’s ‘health,’ while any other solution to a pregnancy, including birth, is harmful to women. This fiction is peddled constantly and is easily refuted by many facts, not the least of which is this, as Anna Paprocki writes in the Federalist,

There is no federal abortion reporting requirement. Even the pro-abortion Guttmacher Institute acknowledges that the current “patchwork of surveillance efforts” relies on “incomplete” reports from states and that California—estimated to account for 17 percent, or one out of every six abortions in the country—is one of three states that “do not report to the CDC at all.” Guttmacher uses voluntary reporting from abortionists, filtered through its own ideological lens, which fails to fill these gaping holes.

The following video demonstrates the use of these four beliefs employed by the pro-abort Left in a brief debate recently shown on CNN.

The desperation of the Leftist pro-aborts is evident from the blatant denial of reality especially on the part of the woman in the video, as well as the deflection of the host. For example, Cuomo is correct when he says that no states currently allow for the killing of a child already born in an attempted abortion.

However, he also fails to mention that Virginia recently tried to pass such a law which was proposed in January of this year. The law failed to pass in that state, but it is a harbinger of things to come if Leftists have their way.

America must make the choice to embrace either life or death and in doing so embrace either God’s curse or His blessings. The lovers of abortion today are clearly favoring a choice of death without understanding the terrible consequences that will follow.

I call heaven and earth to witness against you today, that I have set before you life and death, blessing and curse. Therefore choose life, that you and your offspring may live.  Deuteronomy 30:19 [ESV]