Why We Must Not ‘Move on’ from Mueller [Video] 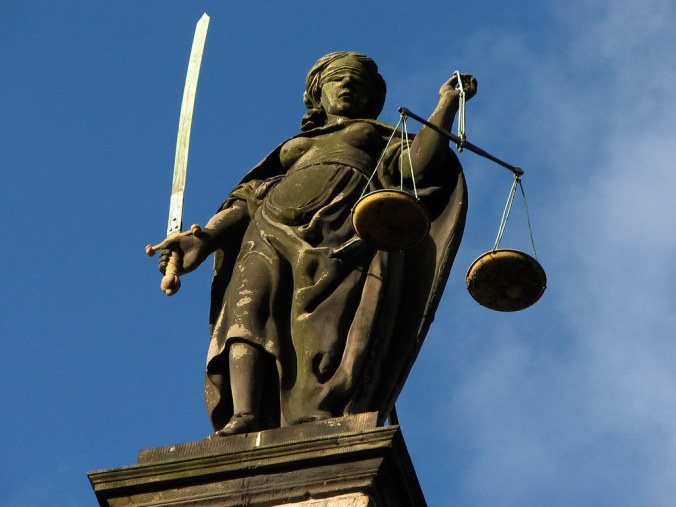 On Wednesday, July 24, 2019, former Special Counsel Robert Mueller gave testimony before the U.S. House of Representatives Judiciary Committee concerning the ‘Mueller Report’ which could not nail President Trump on any charges of or related to collusion with Russia in the 2016 presidential campaign. Mueller’s team of lawyers, dedicated Democrats, and Trump haters all, spent over two years investigating almost anyone remotely associated with the President.

As everybody in the world now knows, this team of ‘professionals’ could not find any evidence against President Trump of, well anything, which was clear when Mueller held his rather bizarre press conference on May 29, 2019. However, during that press conference, Mr. Mueller gave us this gem.

If we had confidence that the president clearly did not commit a crime, we would have said so.

Mueller also stated that he would not testify and that anything he would say should that happen would simply repeat “his” report. However, it turned out that he was pressured enough to come before Congress and testify, and that performance is one the Leftists have come to regret.

A Pitiful And Revealing Testimony of Leftist Bias

The entire testimony was an over six-hour marathon in which Mr. Mueller stumbled and bumbled over his words and numerous times needed to be read back words from “his” report. Even so, with the careful questioning of the Republican members of the Judiciary Committee some critical items became clear which might have been overlooked, and certainly would not have been mentioned at all on CNN or MSNBC or the alphabet network Leftmedia.

One of those items was exposed by the questioning of Rep. Jim Jordan, a Republican from Ohio.

Jordan’s questions cut through the fog to show the blatant bias of Mueller and his team. Mueller’s hit squad was more than happy to charge Republicans who worked with Trump, but not the man who began this sorry saga and lied to the FBI three times!

This was an abuse of the power of “prosecutorial discretion,” to the highest degree. It resulted in an especially gross miscarriage of justice with the case of General Michael  Flynn.

In addition to being a three-star General, Flynn was also a former Director of National Intelligence for President Trump. In a nutshell, the FBI arranged a deceptive ‘interview’ with Flynn and the agents who conducted it did so under false pretenses.

Flynn pleaded guilty to the charge of lying to the FBI, but only after the legal bills had forced him to go bankrupt and sell his sole remaining asset, the family home. He was also concerned about a possible threat from authorities to go after his son, who had accompanied Flynn as a business partner on overseas ventures.

Moreover, after the initial FBI agents conducted their interview, they did not believe Flynn had lied.

According to Flynn sentencing requests, then-deputy FBI Director Andrew McCabe pressured then-National Security Adviser Flynn not to have a lawyer present during a seemingly relaxed, casual meeting with the FBI – the one that they said he lied at. …This might be part of the worst part of Michael Flynn’s political persecution: The agents interviewing him never thought he lied.

Andrew McCabe was later fired from the FBI for lying to the Office of the Inspector General in 2017. He lied three times, according to the OIG report, once to the FBI and twice to the OIG concerning whether he had authorized illegal leaks to the Wall Street Journal newspaper.

What he told investigators may also contradict what former FBI director James Comey testified before Congress, and indicates Obama’s Justice Department pressured the FBI during its investigation of Hillary Clinton.

Eventually, McCabe admitted he had authorized the leaks,  and yet, McCabe has not been charged to this day with any crime. Hopefully, Rep. Jordan is correct and the current investigation of the investigators under Attorney General Bill Barr can remedy that.

The Mueller report was split into two sections. Part 1 dealt with the so-called Russia collusion matter, and Part 2 delved into whether or not Trump obstructed the collusion investigation itself.

The conclusion of Mueller’s team as stated in the report was that they could not find evidence of any collusion or obstruction of justice. However, a very mysterious and dangerous statement about not exonerating the President was also put into the report, and Rep. John Ratcliffe [R-TX] honed in on that statement.

Ratcliffe’s questioning revealed two critical points concerning this farce the Left has tried to push upon the American people, both of which connect with the statement that the Special Counsel’s findings “did not exonerate” the President of guilt.

The first point is that the Left’s obsession with taking down President Trump led them to believe they were justified in using tactics counter to every legal guideline that exists in America today. Tactics they would employ against no one else except someone they viewed as a mortal enemy, which in this case was Trump.

The second point concerns the nature of this particular tactic of non-exoneration as stated in the report. As Rep. Ratcliffe noted, this tries to invert the bedrock of American jurisprudence that every person is to be presumed innocent until proven guilty!

The importance of that principle cannot be overstated. It is the reason that verdicts, whether by a judge or jury, are always stated as the defendant is “guilty” or “not guilty,” and never stated as innocent or exonerated of a crime.

It is never the job of any prosecutor to try to “prove” the innocence of anyone because that is already assumed until it can be proved they are guilty. If this cannot be done, exoneration is automatically conferred to the accused.

Thus, President Trump is indeed exonerated here regardless of any statements in any report, or the Leftist’s attempts to make exoneration something that needs proving. However, it also should alert us to the dangerous precedent the statement could set if not challenged.

The peril is that if the Left is allowed to get away with such manipulation of the truth and ‘exoneration’ as a justice standard is embraced, true justice will become a thing of the past in America. We would become no better than any tyrannical government that has ever existed if anyone has to prove they didn’t commit a crime of which they were accused.

The blatant Leftist bias and the presumption of guilt rather than innocence are why we cannot just ‘move on’ from this. I hope and pray that A.G. Barr’s investigation into the Mueller travesty will result in an official repudiation of the investigative methods and the dangerous judicial philosophy which was behind it.

When justice is done, it is a joy to the righteous but terror to evildoers. Proverbs 21:15 [ESV]