The Deliberately Fraudulent History of “The 1619 Project” [Video]

It didn’t take the New York Times long to implement their newest strategy in the Left’s holy quest to dispose of President Trump. Their intent to pursue a plan labeling Trump and his supporters as purveyors of ‘pseudo-racism’ and ‘white supremacy’ is beginning with a large false premise they are spending hundreds of thousands of words to promote.

It is called “The 1619 Project,” and it is a deliberate attempt to revise American history and portray America as founded upon slavery itself. It is a series of articles, a photo essay, and poems presented in the New York Times Magazine that total 100 pages.

This ambitious effort carries its title because 1619 is the year when the first slaves were sold at the Jamestown colony in what would become America. This publication happens to be both 400 years later and just in time to begin maligning the nation prior to the 2020 elections. 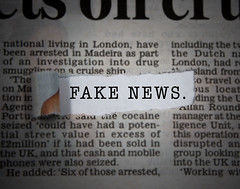 This initial offering of the Times race-baiting history series proposes that we should re-view the America founding from 1619 instead of 1776. The claim is that America’s founding actually began with slavery and racism, moreover that America was built upon slavery and the racism that has outlived that horrible institution.

The “1619 Project” supports this contention with some factual information, for example specifically about the contributions of blacks in all of America’s wars. However, though facts are given, the whole truth is not.

There are some very glaring omissions from the list of black Americans who have bravely served in the United States military. For example, the lone mention of a Revolutionary War black soldier was Crispus Attucks, yet the following brave fighters were left out.

James Armistead was a spy for Lafayette who had access to General Cornwallis’s headquarters. Back in 1996, the New York Times wrote about the First Rhode Island Regiment, who fought at Newport and Pine’s Bridge, and in a regrouped form, Yorktown. By one account, one-quarter of the American forces at the battle of Yorktown were black. The 1619 Project does not mention the Battle of Yorktown.

There is an amazing number of facts which would tell an accurate history and are left out of the “1619 Project.” Here are a few other such omissions concerning black Americans who have served the nation in military service.

There’s no mention of the Harlem Hellfighters fighting in World War One, and no mention of Dorie Miller’s heroism at Pearl Harbor. The horrors of the Tuskegee Study of Untreated Syphilis in the Negro Male are discussed, but the Tuskegee Airmen are never mentioned.

It is beyond comprehension that a group of black soldiers who were so renowned as to have a major movie made about them is not mentioned in a purported historical account like this. It seems that tales of heroism on the battlefield by Americans of African descent don’t quite fit the portrait the “1619 Project” is trying to paint.

But the fake news history doesn’t stop there. Here is a partial list of famous black Americans who have contributed to our history in enormous ways up to and through the civil rights movement of the 1960s, that are simply left out of the “1619 Project.”

Harriet Tubman-founder of the Underground Railroad during the Civil War.
Sojourner Truth – a prominent abolitionist during the Civil War
Jesse Owens – Olympic athlete in the 1936 games
Jackie Robinson – First American of African descent in Major League Baseball
Booker T. Washington – Prominent intellectual and advisor to American presidents
Rosa Parks – The famous woman who refused to give up her seat and “go to the back of the bus,” in Montgomery, Alabama in 1955. This triggered the beginning of the civil rights movement by spurring Martin Luther King Jr. to lead a yearlong boycott of buses in Montgomery.

The obvious question is this; How can any true account featuring the struggles of black Americans throughout history not include these names? The answer is that this can only happen if what is being produced is a revised history to be used as propaganda for a malevolent cause. 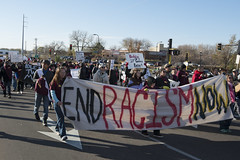 The historical propaganda of the “1619 Project” is designed to advance the false narrative that America was born as an inherently racist nation that, despite all the progress toward racial equality in America, remains racist today. They try to do this by questioning what it is that made America’s real founding exceptional.

Where the 1619 articles go wrong is in a persistent and off-key theme: an effort to prove that slavery “is the country’s very origin,” that slavery is the source of “nearly everything that has truly made America exceptional,” and that, in Hannah-Jones’s words, the founders “used” “racist ideology” “at the nation’s founding.” In this, the Times steps beyond history and into political polemic—one based on a falsehood and that in an essential way, repudiates the work of countless people of all races, including those Hannah-Jones celebrates, who have believed that what makes America “exceptional” is the proposition that all men are created equal.

There are those who claim that since slavery isn’t outlawed in the original Constitution, it was evidence of essential racism. However, that ignores two critical facts.

First, though slavery wasn’t outlawed outright, the Constitution did provide for the future outlawing of the slave trade. Article 1, Section 9 prohibits Congress from making any laws against maritime trade until 1808.

Second, as Professor Charles Kesler points out to Mark Levin in a recent interview, the first day the Congress could outlaw the slave trade according to the Constitution, they did so under this clause. That was a portion of the Founder’s vision to gradually remove slavery by lawful and peaceful means.

Rewriting history is always a perilous proposition because it paves the way for future tyranny. It has been used as a prominent tactic by all Socialist and Fascistic movements from Marxists to National Socialists, aka Nazis, in modern history.

The same motivation lurks behind the New York Times’ efforts at fraudulent, fairy-tale American history. The editors and authors of this Leftist bastion publication believe that if America can be portrayed as a racist nation throughout history, people will realize that the nation needs to be “fundamentally transformed,” as former President Barack Obama declared just before assuming office.

It doesn’t concern the Left that the historical narrative presented is patently false and based on false assumptions. All that matters to them is setting and controlling the narrative so that enough people believe the lies to aid in overturning liberty in the land.

It doesn’t matter to the Left that pushing the ‘racism is endemic to America’ myth could easily result in violence that threatens to racially divide the country and perhaps permanently damage the fabric of society. The one thing that matters now for the Left is to eliminate the biggest obstacle to their plans of domination and that is President Trump and all of his supporters.

The “1619 Project” is intended to set the basis for racist attacks against President Trump and all of his supporters ahead of the 2020 election. Hints of this have been around throughout Trump’s first term. 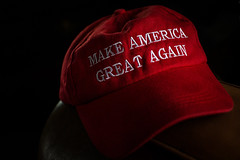 For instance, witness the retorts of Leftists to the Trump campaign motto, Make America  Great Again. The response was and remains a disdainful “America was never great!”

The “1619 Project” reinforces that dismissive claim with bogus historical evidence that itself dismisses some of the most noteworthy accomplishments of black Americans in history.

Another dangerous tactic of the Left, especially of the Leftmedia in particular, has been enlarging their hatred of Donald Trump to include his supporters. There has been a flood of vitriol over social media castigating Trump supporters and even calling for violence against them for the better part of the last four years.

It is seen on protest signs, featured on CNN and MSNBC and the networks, and actual violence has been committed against individuals simply for wearing a red MAGA hat! Moreover, in an excellent article last summer by John Nolte, he catalogs over 600 incidents of violence and harassment against Trump supporters from September of 2015 to July of 2018.

One of the best refutations of the claim that America is racist comes from one American of African descent who supports President Trump and proudly believes in the actual and potential greatness of America. He was confronted by a Leftist woman who saw his Make America Great Again  hat and asked, “When was America great?”

This man’s stern and valid defense of America’s greatness is a fine example of how all supporters of the President must respond to these Leftist attacks. The “1619 Project” is but the beginning of the onslaught against Trump and all who stand with him.

As supporters of the President, we must know and defend the truth that America is exceptional today because it was declared at her founding that indeed, “All men are created equal.” That was and remains a rare and exceptional ideal which America has striven to fulfill as no other nation on earth has and we have come closer to doing so than any nation on earth.

For freedom Christ has set us free; stand firm therefore, and do not submit again to a yoke of slavery. Galatians 5:1 [ESV]