How the World Changed 30 Years Ago [Video]

Saturday, November 9, 2019, was the 30th anniversary of the fall of the Berlin Wall, and the day the world changed forever in a way unimaginable for the seven decades preceding that historic event. It was also the first world-changing event I was aware of as an adult and the most significant until 9/11 in my lifetime.

Therefore, it is prudent that time is remembered and the events reviewed as we look back 30 years at what the world was like when the Berlin Wall still existed, and how that day was the death knell for the first and most powerful communist nation to have ever existed.

The Nuclear Threat Was Dangerous and MAD in 1989

It is difficult to realize what the fall of that infamous Wall signified at the time if one was not raised in school doing the ‘civil defense’ drills in class, as I did in grade school. We were instructed to lay underneath our desks with hands covering our heads when a civil defense alert sounded in the school.

That was the best method of survival we had if we weren’t close to a civil defense shelter in the event of a nuclear blast. After all, not every public school had a shelter that would serve to even minimally protect against a nuclear attack.

The USSR also had the largest arsenal of nuclear weapons which has ever existed. At the high point of its production, in 1985, the communist behemoth held a stockpile of over 39,000 nuclear weapons.

America’s nuclear weapons cache was the second largest, and at its peak in 1965 held just over 31,000 weapons. In 1985, though America remained the second largest nuclear power, a steady reduction of the size of our arsenal left a total of slightly more than 21,000.

Moreover, by 1985 five other nations had obtained nuclear weapons; the United Kingdom, France, Israel, China, and India. By 1989, the world was just preparing for North Korea to enter the realm of a nuclear threat.

The strategy developed to deal with the increasing danger posed by the proliferation of nuclear weapons was deemed the M.A.D. or Mutually Assured Destruction theory.

The theory is based on the fact that nuclear weaponry is so devastating that no government wants to use them. Neither side will attack the other with their nuclear weapons because both sides are guaranteed to be totally destroyed in the conflict.

This strategy was thought necessary to maintain a nuclear ‘balance of power’ between the Soviets and Americans. That strategy was developed during the Cold War era of the 1980s with the idea that as long as neither nation was capable of launching a rapid and overwhelming first strike, the ‘balance of power,’ would stand and an uneasy safety would result.

The M.A.D. strategy that began in earnest during the 1980s also met the instrument of its demise in the 1980s, with the American most credited with winning the Cold War, President Ronald Reagan. He began a change in the American stance with a now-infamous proposal for a Strategic Defense Initiative, which was labeled “Star Wars” by the Left.

Reagan declared his S.D.I. proposal in a March 1983, address known as his “Star Wars” speech. The initiative was a plan to build a nuclear missile defense network of satellites that would stop ballistic missile attacks on the United States primarily those that might come from the Soviet Union.

Reagan announced, “I call upon the scientific community who gave us nuclear weapons to turn their great talents to the cause of mankind and world peace: to give us the means of rendering these nuclear weapons impotent and obsolete.”

Earlier that same month, President Reagan coined one of his most famous phrases for the Soviet state by calling it an “evil empire.” Unfortunately,  the S.D.I. program was opposed from the start by the Leftist Democrats in Congress, and eventually was scrapped citing “budget concerns.”

The USSR Was the “Evil Empire”

Soviet Russia was unabashedly a communist nation. However, it is especially noteworthy that the name of the nation in 1989 was the Union of Soviet Socialist Republics or USSR.

The Soviet Union was the prime example of the fact that Socialism is a kinder face to present to the world than Communism. In truth, they were simply two sides of the same blood-stained coin then, and that remains the case today.

The USSR was a conglomeration of 15 ‘states’ to form the largest nation by landmass the world has ever seen. Two years after the fall of the Berlin Wall, the former Marxist goliath was fractured and two of their former states, Ukraine and Kazakhstan, had ‘inherited’ large amounts of nuclear weapons.

The prospect of worldwide nuclear destruction was regarded with fear both among Americans and around the globe. However, President Reagan changed that prevailing attitude with a phrase he used in a speech to the National Association of Evangelicals on March 8, 1983.

When Reagan labeled the USSR “an evil empire,” he galvanized support for an active response to Soviet totalitarianism. That began the road leading to the destruction of the Berlin Wall six years later.

The inevitability of the fall of that wall was hammered home in another speech in June of 1987 at the front of the infamous “Brandenburg Gate” section of the Berlin Wall dividing West Berlin from communist East Berlin. It was there he publically challenged Soviet General Secretary Gorbachev to “tear down this wall.”

Two years and five months later, the wall was declared null and void by the East German authorities. What happened next made the history we remember today.

The Berlin Wall stood until November 9, 1989, when the head of the East German Communist Party announced that citizens of the GDR could cross the border whenever they pleased. That night, ecstatic crowds swarmed the wall. Some crossed freely into West Berlin, while others brought hammers and picks and began to chip away at the wall itself.

The Berlin Wall was a very unique structure because it divided a city which lay well within the borders of communist East Germany. East Germany was one of a number of eastern European countries under the control of the Soviets when the continent was divided by what became known as the “Iron Curtain” after World War II. 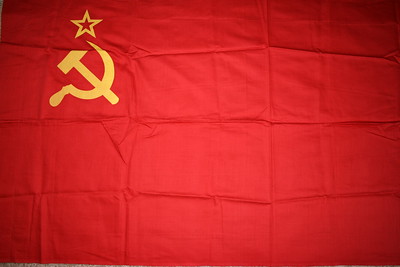 All of that was changed because of that fateful day 30 years ago. When the final collapse of the USSR came in 1991, the map of Europe was radically rearranged.

Germany was one nation again after being divided since 1945. Others, such as Hungary, Poland and, Romania were freed from Soviet tyranny and became independent nations that remain so today.

Most importantly, millions of human beings were liberated from slavery under a regime and system as brutal and horrible and even more lethal than even Nazi Germany. The fall of the Berlin Wall deserves recognition as one of the monumental historical events in the 20th century.

A Cold War Ally from the Polish Shipyards

It would be remiss to not mention that President Reagan was allied with other opponents of the “evil empire,” who aided tremendously in the Cold War struggle. These included the formidable Britsh Prime Minister Margaret Thatcher (the best PM since Churchill), Pope John Paul II, and an obscure Polish Union leader, Lech Walesa.

It would require a longer series of articles to give due credit to these three. However, I would like to highlight Walesa at the close of this piece for he represents the ordinary citizen under Communist oppression during the Cold War era.

Walesa began the first independent labor union under the Soviet rule of Poland which was later named, Solidarność, or Solidarity, in August of 1980. It started in a protest that issued a number of bold demands to the communists.

On August 14, 1980, during protests at the Lenin Shipyard caused by an increase in food prices, Wałęsa climbed over the shipyard fence and joined the workers inside, who elected him head of a strike committee to negotiate with management. Three days later the strikers’ demands were conceded, but when strikers in other Gdańsk enterprises asked Wałęsa to continue his strike out of solidarity, he immediately agreed. Wałęsa took charge of an Interfactory Strike Committee that united the enterprises of the Gdańsk-Sopot–Gdynia area. This committee issued a set of bold political demands, including the right to strike and form free trade unions, and it proclaimed a general strike. Fearing a national revolt, the communist authorities yielded to the workers’ principal demands

“Solidarity” was born after that agreement and millions of other Polish workers joined or formed independent unions on their own. Eventually, the government recognized the new movement which steadily and carefully pushed forward the cause of liberty against the ever-present threat of Soviet intervention.

Walesa went on to become the President of Poland from 1990-95 and was awarded the Nobel Peace Prize in 1983 for his efforts.

The awarding of the Nobel Prize for Peace to Wałęsa in 1983 was criticized by the Polish government. Fearing involuntary exile, he remained in Poland while his wife, Danuta, traveled to Oslo, Norway, to accept the prize on his behalf.

The beginning of the end of the Cold War was announced by the destruction of the Berlin Wall. However, it took the efforts of national patriots like Walesa to begin the march toward freedom from the evils of communist rule in Europe.

It also took the prayers of millions more to produce leaders of courage from Walesa to Reagan who would take on the monstrous “evil empire.” Those kinds of prayer warriors are needed even more today if the accomplishment of destroying one communist wall is not going to be revoked by allowing the specter of socialist enslavement to be raised up from within.

The LORD is far from the wicked, but he hears the prayer of the righteous. Proverbs 15:29 [ESV]