In the previous article, we examined some of the changes that may await us as the cloud of pandemic panic and lockdown slowly lifts from the global atmosphere. We have seen that the reactions to the pandemic, such as the ‘lockdown’ are even more perilous than anything the Chinese Communist Party has inflicted upon the world with the coronavirus.

The colossal failure of the certified government ‘experts’ and the faulty policy of ‘lockdown or else disaster,’ are becoming more evident each day. However, those concerns are not the only thoughts that should be considered as this radical realignment of society forced upon most of us concludes, hopefully very soon.

Considerations for the National Election

Despite the recent imaginings of former Vice President Joe Biden, the election in November of this year will happen and President Trump is not going to cancel the election. This national election is of paramount importance and the COVID-19 panic is already having an effect on what the shape of the voting will look like.

The Left is not letting this newest opportunity for election manipulation to fade into the ether. The largest push now from the Democrats is for “mail-in voting” as a way to vote and not be endangered by the CCP coronavirus.

The huge problem with voting by mail is that while it may be both convenient and safe for the voter, it is rife with fraud that makes the election results untrustworthy at best. What makes this more troubling is there is almost no way to prove that such election fraud is occurring even under the most suspicious of conditions.

Elections officials from all political stripes acknowledge that mail-in ballots are far more vulnerable to fraud. Stories of political operatives who routinely scam senior citizens out of their absentee ballots are so widespread that the term “granny farming” was coined.  Even the New York Times, when reporting on suspicions of election fraud in North Carolina last year, noted that “absentee ballots are especially susceptible to manipulation.”

One of the premier private organizations involved in assuring that our elections are ‘clean,’ is Judicial Watch. A very worrisome area JW discovered even before the Chinese Communist Party caused Coronavirus pandemic appeared was how many states had not cleaned up their voter rolls.

This wonderful organization has taken it upon themselves to do the work of the Department of Justice by pressuring states to abide by the legal requirement to update and clean voter rolls on a regular basis. Moreover, JW has even had to take some states to court over their refusal to obey the law.

The fight to keep voter rolls within states and counties honest continues to this day and has expanded to a nationwide battle for election integrity.

Judicial Watch announced in January that we found at least another 2.5 million extra names on voter rolls across the country. A Judicial Watch analysis of data released by the U.S. Election Assistance Commission found that there are 378 counties in the U.S. that have more voter registrations than citizens old enough to vote. The 378 counties had a combined 2.5 million extra registrants over the 100%-registered mark. We’ve notified 19 counties in five states—California, Pennsylvania, North Carolina, Colorado, and Virginia—that we intended to sue unless they take steps to clean up their voter rolls. Stay tuned.

The Democratic Left has been using these tactics for many years. In the midst of this pandemic panic, they are sure to attempt election fraud with renewed vigor. The fact is that despite JW’s efforts, many of the lawsuits will not be acted on until after November of 2020 and extra vigilance will be needed at the polls for this crucial election.

Possibilities for the Future of Education

Two particular education arenas in the public and private sectors have had some revealing light shed upon them during the national lockdown in America. One is the arena of education at home aka ‘homeschooling.’

The necessity to educate children at home during the primary through high school years because of the closure of public schools has enlightened many to just how difficult that task can prove to be. However, it may have also opened some parent’s eyes concerning what their children are learning, or not as the case may be, in the public school system.

The unintended benefit of this factor might be that more parents embrace the concept of school choice, including choosing homeschooling as an option. At the least, it should render them more willing to be involved at a greater level in their local public school system.

The second education arena has been at the level of the university, or “higher” education in America. One revelation for all to see has been the shameless greed of prestigious institutions like Harvard who clamored for ‘stimulus bailout’ money while holding a 40+ billion dollar endowment!

Of course, most of these high-dollar education establishments presumably provided video lessons for the students. However, I haven’t heard of any who have said they will offer a discount on tuition instead of keeping the full amount while their professors and administrators continue to receive their paychecks without a reduction.

However, perhaps a more lasting development might be some growth in online college-level courses that many students have no doubt taken advantage of during the lockdown. Some should discover that many of their in-person classes not measurably better than those online, and that they can also get much more real education for a fraction of the cost by using the resources already available through the internet outside of the university system.

Prepare for More Encroachments Upon Freedom 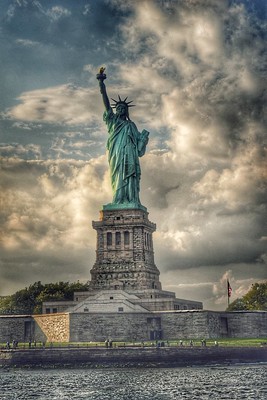 As the shackles of lockdown are loosened, one would expect that politicians and government authorities at all levels would also loosen their grip upon the movements and freedom of their citizens. Yet, for the most part, this doesn’t appear to be the case.

In fact, the appearance being put forth by various state and local authorities reeks of tyranny and strongly implies these particular people desire permanent dictatorial power for themselves. Perhaps the most infamous to date has been Michigan Gov. Gretchen Witmer who has extended her lockdown orders until the end of May in direct response to protests against her earlier orders from on high.

A lesser-known star in the tyranny club of governors is Gov. J.B. Pritzker [D] of Illinois. A recording of his response to an important question reveals the Leftist attitude toward liberty for individuals.

He responded to a question from a reporter about his wife being allowed to engage in “non-essential” travel to Florida despite a mandatory ‘stay-at-home’ order that he had issued.

First of all, I want to say that in politics it used to be that we kept our families out of it. My official duties have nothing to do with my family. So, I’m just not going to answer that question. It’s inappropriate and I find it reprehensible, honestly, that uhh, that reporter wrote a story about it.

This is a very disturbing statement. Gov. Pritzker is demonstrating a dictatorial level of abuse of power, which is typical of the power-hungry Left in America. If anyone thinks that these tyrants are going to give back power to the electorate without a battle, you are seriously mistaken.

Witness the recent statement by failed 2016 presidential candidate Hillary Clinton. She pined for government-run universal health care in light of the pandemic panic that would only extend the tyrannical claws of Socialism further thus gutting individual freedom.

it [the response to COVID-19] needs to be part of a much larger system that eventually — and quickly, I hope — gets us to universal health care. …So I can only say, “Amen,” to everything you’re saying, but also to, again, enlist people that this would be a terrible crisis to waste, as the old saying goes.

A crisis such as this pandemic is fodder for Leftist’s dreams of power and implementing Socialism as the means to obtain that power. Of course, true Socialism is incompatible with true faith, thus the most practiced faith in America is being attacked with new fervor in the name of helping people stay ‘safe’ from the virus.

Watch as this pastor is placed under house arrest for refusing to not preach to his congregation at church services in a clear violation of the 1st Amendment.

This targeting of Christianity, in particular, has one aim. It is to destroy any hope of deliverance from any crisis unless that deliverance comes from the government authorities.

Should that goal be reached, then the ultimate Leftist fantasy of a completely Socialist government will be at hand, and tyranny will soon follow. For only if the idol of the state is put in place of God can any kind of Socialism come to pass.

President Trump has repeatedly and rightly stated that in America, “We worship God, not government.” The Left wants to use the coming ‘new normal,’ as a way to turn that statement backwards.

We must deliver the same answer to that effort that Peter and other apostles gave when punished and ordered not to speak the gospel in public by the government authorities of the time,

But Peter and the apostles answered, “We must obey God rather than men.”  Acts 5:29 [ESV]